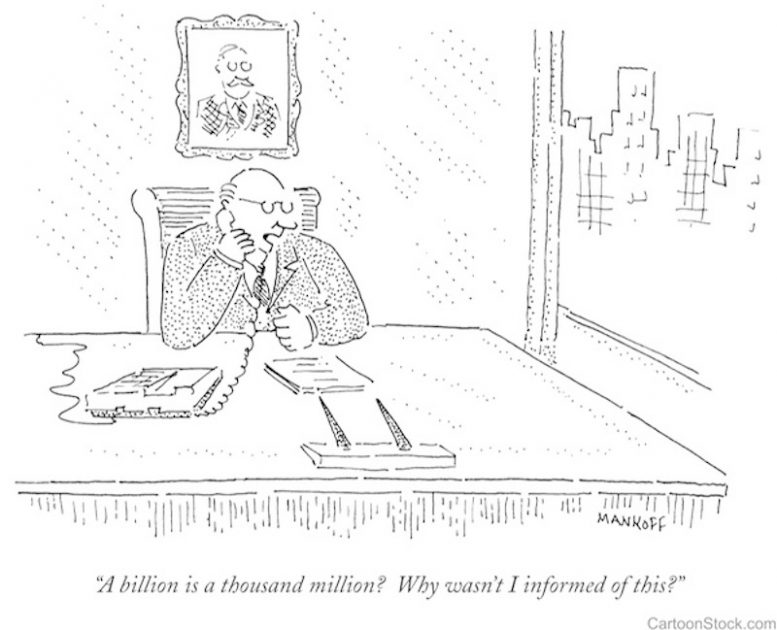 Thanks to the recent revelation in the Washington Post that the President has actually pressured the Postmaster General to double prices for Amazon shipments, news reports about the deal between Amazon and the Postal Service just keep on coming.  Most of these articles point out that the details of the deal are secret — they are part of what are called Negotiated Service Agreements — so there’s no way of knowing how much money the Postal Service might be making or losing on the deal.

The Postal Service does, however, publish a lot of reports about its finances — many of them for the Postal Regulatory Commission, which approves the NSAs.  Based on public information, one can get a pretty good idea about how much money we’re talking about here.

According to the Washington Post, Postmaster General Megan Brennan has explained to the president on several occasions that the Post Office’s relationship with Amazon is beneficial.  As a source told Axios, “It’s been explained to him in multiple meetings that his perception is inaccurate and that the post office actually makes a ton of money from Amazon.”

A ton, indeed.  As the following back-of-the-envelope analysis will suggest, the Postal Service could be making as much as a billion dollars a year off the Amazon deal.  In order to explore the issue, we’ll look at three simple questions: How many pieces is Amazon shipping through the Postal Service?  How much revenue are the shipments generating?   And how much does it cost to deliver these Amazon parcels?

Nearly all Amazon packages are classified as Parcel Select, the type of mail companies use for last-mile delivery to residences and businesses.

According to this USPS report, Parcel Select accounted for nearly 2.8 billion pieces in fiscal year 2017, an increase of about 18 percent over 2016.   At that rate of increase, it’s possible that nearly 1.2 billion Amazon pieces were delivered by the Postal Service in 2017.

Here’s another look at the volume numbers.  According to a recent Wall Street Journal article, “The Postal Service delivers about half of Amazon’s packages every day, according to analyst estimates. Last year, Amazon shipped an estimated 1.22 billion packages in the U.S., according to MWPVL International, a supply-chain consultancy.”  It’s not clear if this statement means that the Postal Service delivered 1.22 billion Amazon parcels in 2017, or half that many.

Here’s yet another way of estimating volumes.  Earlier this year, Amazon revealed that in 2017 it had shipped 5 billion items via Prime worldwide.  The press release doesn’t indicate how many deliveries these items involved, or how many non-Prime deliveries there were in 2017.  In any case, in terms of revenue, the United States accounted for about 66 percent of sales in 2016.  If volumes were roughly proportional to revenue, it could mean there were 3 billion domestic shipments in 2017.  If the Postal Service handled about a third of them, it would come to 1 billion deliveries.  If the Postal Service delivered half of them, it would come to 1.5 billion pieces.

Overall, it appears that the Postal Service is delivering a third to a half of Amazon’s domestic parcels, and the total volumes for Amazon Parcel Select could range from 600 million to 1.5 billion pieces.  Let’s say it’s somewhere in between, maybe about 1.2 billion pieces.

Parcel Select enjoys considerable discounts because the shipper drops off the packages, sorted and prepared with the correct labeling, at postal facilities near the ultimate destination.  Much of the work processing the mail has already been done by the shipper, and Amazon has built up a huge network of processing centers and delivery vehicles to do its part in this “workshare” arrangement.

The public pricing for Parcel Select is shown here.  For parcels of less than a pound, prices start at $1.42; for one pound or more, the prices start at $2.85.  Prices go up from there, depending on the weight and how close to the destination the package is dropped off.

Due to its volume discount, Amazon is paying less, perhaps much less, than these published prices.  David Vernon, an analyst at Bernstein Research who tracks the shipping industry, is cited in this Bloomberg article estimating that Amazon is probably paying, on average, about $2 per parcel.

That estimate can also be derived from this USPS financial report.  It shows that in 2017 Parcel Select brought in $5.66 billion on 2.8 billion pieces, an average of just over $2 per piece.

Roughly speaking, then, it looks as if Amazon may have used the Postal Service in 2017 for about 1.2 billion parcels at an average price of $2, yielding a total of about $2.4 billion in revenues.

Now, the third question: How much did it cost the Postal Service to deliver those parcels?  That one is a bit more complicated to answer.

This USPS report shows the cost coverage for each type of mail.  The report doesn’t mention Parcel Select, but it provides data for Total Ground Mail, which includes Parcel Select, Standard Post, and Parcel Return Service (as indicated in a footnote on p. 67 of this PRC report).  It shows that in 2017, Ground Mail brought in about $6.2 billion in revenue on about 2.88 billion pieces.

If we compare those figures to the USPS financial report just cited, which showed that in 2017 Parcel Select brought in $5.66 billion on 2.8 billion pieces, we see that Parcel Select accounts for almost all Ground Mail (92 percent by revenue and 98 percent by volume). We can therefore use the cost coverage data on Ground Mail to make estimates for Parcel Select and, by extension, the Amazon parcels.

In other words: The cost for a delivering a piece of Ground Mail was $1.22, the markup was 75 percent, the final price to the shipper was $2.15, and the profit for the Postal Service was $0.93.  Overall, Ground Mail generated about $2.7 billion in profit, money used to help cover fixed costs.

The bottom line is this: If the cost coverage on the Amazon parcels is approximately the same as Ground Mail overall, about 175 percent, and the deal is generating, say, $2.4 billion in revenue (1.2 billion pieces at $2 a piece), then approximately $1.4 billion of this money is paying for attributable costs, and $1 billion is the markup that goes toward institutional costs.

In other words, the Amazon deal could be bringing in a cool billion in profits.

That’s a lot of money to help the Postal Service meet its Universal Service Obligation and pay for things like delivering mail to remote addresses, maintaining six-day delivery, and operating small rural post offices that run at a deficit.

One could argue, as UPS has done, that parcels should be paying more toward institutional costs and should thus have a higher price (which UPS would love).  That’s the premise of the Citigroup report that was the basis for  Trump’s claim that the Postal Service is undercharging Amazon by $1.50 a parcel.  Unfortunately for Trump, Citigroup got it wrong.

While the PRC may raise the minimum contribution to something like 10 percent, the Commission has, for a variety of reasons we won’t get into here, repeatedly rejected UPS’s arguments.  (More on all that in this PRC report; see p. 33 on “calculation of appropriate share.”)

In any case, the key point here is that Citigroup simply misunderstood UPS’s case.  Citigroup thought that shipping services were covering only 5.5 percent of institutional costs.  The analysts didn’t understand that this was just a floor set in 2006 by the PRC, as directed by the Postal Accountability and Enhancement Act.  But based on this misunderstanding, Citigroup calculated that the price of the average parcel would need to be raised $1.47 in order to cover 24 percent of institutional costs.

Citigroup was even more wrong than that, however.  Even if one accepted UPS’s argument about institutional costs, the Amazon deal would satisfy the criterion that each product should make a contribution toward institutional costs proportional to its share of attributed costs.

Ground Mail — and by extension Parcel Select and the Amazon parcels — thus contributed at least what UPS’s proposed methodology would require.  There’s nothing in UPS’s case with the PRC that would justify saying the Postal Service is undercharging Amazon, and Citigroup was just wrong to claim that each parcel should be priced $1.50 higher.

A new kind of debate

While this analysis is mostly just informed guesswork, it shows that Amazon parcels may be bringing in more than $2 billion in revenues and generating almost one billion in profit — money that helps pay for a significant portion of the Postal Service’s fixed costs.  This contribution more than covers what is required by current law, and it’s almost exactly what would be required if UPS’s methodology for calculating “appropriate share” were ever adapted.

Whatever one thinks of the Amazon phenomenon and its effects on postal workers, Amazon workers, the Postal Service, and the economy as a whole, there’s no evidence that the Postal Service is significantly undercharging Amazon, and certainly not by anything on the order of $1.50 per parcel.  Quite the contrary, Amazon is surely helping with the Postal Service’s bottom line — “a ton.”

The Postmaster General and other people knowledgeable about the Amazon deal and postal pricing have tried to explain all this to the President.  Unsurprisingly, he’s not very interested in facts that don’t fit his narrative and that don’t justify his ultimate goal of punishing the owner of Amazon for articles in the Washington Post.

Debates over the price of postage are nothing new.  In the 1790s, the Founding Fathers argued over the issue of whether to grant all newspapers free postage, leading to the Postal Service Act of 1792, which established the Post Office Department and set discounted rates for newspapers — in recognition of the value of a free press.  In the early 1900s, there was a debate over whether the post office should be permitted to deliver parcels, with the private carriers waging a vigorous battle against Parcel Post because they saw the post office’s low rates as a threat to their profits.

For the most part, however, postal rate issues are usually arcane matters, hashed out behind the scenes by lobbyists, regulators, technical experts, and commercial mailers.  The main topics are things like inframarginal costs, variability factors, and price elasticities — nothing to grab a headline.

Trump has put the post office in the news in a manner few would have thought possible.  Have we ever seen a president so visibly try to use his power over the postal system to fulfill a vendetta against a personal enemy and to attack a free press?  It’s something to behold.