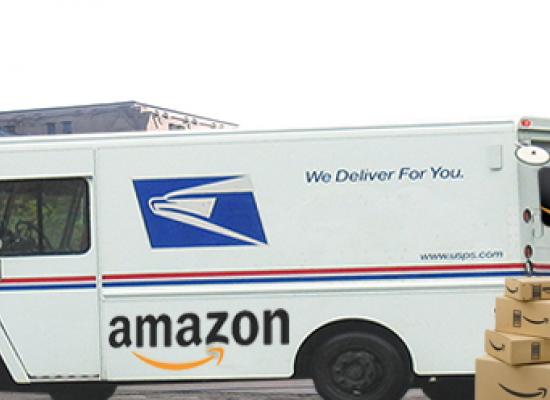 With all the news this week about the relationship between Amazon and the Postal Service, we thought it might be helpful to take a look back at the articles posted on “Save the Post Office” about the topic, most of them written by or with the help of former postmaster Mark Jamison. We were asking questions about the implications of the Amazon deals with the USPS from the very beginning, back in 2013, but getting answers, as Jamison explains in these articles, has never been easy because the details are kept secret.

Mysteries of the Amazon deal: Why the Postal Service is skimming the cream on Sundays (November 18, 2013)

It’s Sunday and the Postman Cometh: Mysteries of the Amazon deal, continued (November 30, 2013)

The Washington Post asks, Why not the Amazon Postal Service? (December 8, 2013)

Giving Away the Store: The Postal Service discounts the mail (April 17, 2014)

Amazon deliveries and at-risk workers lead to more accidents and injuries at the Postal Service (March 8, 2016)