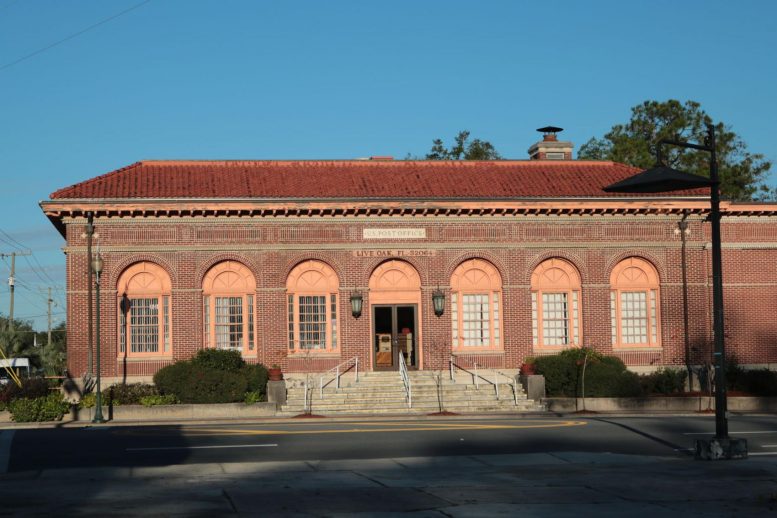 Suwannee Democrat: The United States Postal Service has officially decided the Live Oak, Florida Post Office is on the move.

The new home of the post office, though, has yet to be determined according to USPS spokesperson Nikki Johnson.

USPS announced the decision, which followed a community meeting and a review of all public feedback, Thursday afternoon.

During the December meeting, USPS representative Sandra Rybicki told city officials that a decision to relocate could come as soon as January. She added once a building is obtained for lease, it would likely take four to five months in order to build it out for postal operations.  Read more.

(The Suwannee Democrat article doesn’t say anything about the historic post office building, but it appears that the Postal Service will sell the building.  The Live Oak post office was built in 1915.  More here.)