A POSTMASTER'S STORY by Mark Jamison

I want to tell you a story about the state of customer service in today’s Postal Service.  It’s about a solitary incident, a small incident really, but it holds a larger truth.

PS Form 1509, “Recall of Mail,” has been around for years.  It’s a form a customer can fill out to try and retrieve a piece of mail before delivery.  In January, when postal rates were increased, the form and the retrieval process were updated, and the service was introduced as a “new domestic service.”  The form number remained the same, but the service was given a new name — “Sender’s Request for USPS Package Intercept Service” — and now this is something we charge for.

The new service charges a fee of $10.95.  It can be used to stop delivery of any piece of mail that has a special service barcode.  It can be used on anything other than Periodicals or Standard Mail provided the piece has an extra service like Delivery Confirmation or Insurance.  With the growth of sites like E-Bay and person-to-person e-commerce, this really could be a valuable and necessary service.

Form 1509 includes a “Statement of Understanding” that requires the customer’s signature. The statement reads: “I understand that the fee to initiate Package Intercept service is nonrefundable, and that there is no guarantee that the item can be intercepted before delivery. I also understand that the intercepted mail will be redirected back to the sender’s return address and may incur postage due at the applicable price to be paid upon delivery to the sender.”

This bit of legal escapism is an indication, I suppose, that the customer just paid $10.95 for a big maybe.  It really shouldn’t be that difficult to intercept a package, provided the customer starts the process early enough in the cycle.  In a kinder and gentler time, the caveat may have been inserted to encourage customers to try to intercept the package as soon as possible, but these days, when the chase for revenue is paramount, it seems as though the urge to collect revenue trumps accepting responsibility for actually providing the service being paid for.

I received an e-mail early one morning from a customer asking if there was a way to stop delivery of a package.  He said that PayPal had notified him that a payment for some merchandise was likely fraudulent, and he was advised not to ship or to halt delivery if at all possible.

I should note here that as a postmaster serving a rural town, I’ve shared my home phone number and e-mail with many of my customers.  Business hours don’t mean much when you’re dealing with friends and neighbors, so I don’t mind if someone needs to ask a question during off hours.  In this case the customer was trying to get as early a start as possible on retrieving the package.

I sent the customer an e-mail letting him know that we had a new service designed just for this situation and that as soon as I got to work I would start the process.  I asked him to e-mail me the package information and come by to pay the fee as soon as it was convenient (another advantage of knowing your customers).  Fortunately the item had only been dispatched from the local plant the previous evening, so it wouldn’t get to its destination for at least another day, which was confirmed by checking the scanning information.

We completed the form later that morning, and as per the instructions, I faxed the Form 1509 to the delivery post office, which was located in a large city a couple of states south. Since this was a relatively new service, I also e-mailed the station manager to let her know that I had sent the fax and to ask her to be on the lookout for the item. 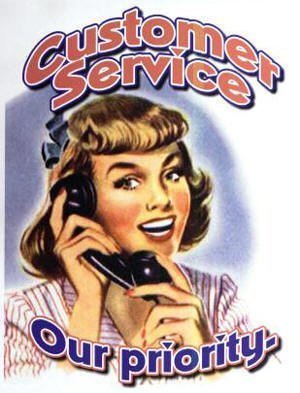 EXPERIENCE HAS taught me me that despite the belt-and-suspenders approach of a fax and an e-mail, the chance that someone would actually know about a relatively new program and pay attention was not great.  One consequence of the failed culture of the Postal Service is that people stop listening.  For an institution in the communications business, we do an incredibly poor job of communicating to employees.  So, knowing that it was likely that the fax and e-mail might not draw attention to stop delivery, I also tried to call the station.  I tried several times during the day but never did get an answer.

The next morning I got an e-mail from my customer expressing concern about the package.  He had entered the Delivery Confirmation number into the tracking system, and the latest scan showed the package “out for delivery.”

At this point I figured I had better call the delivery station again.  I spent better than an hour calling all the various numbers for that station that were in the Postal phone directory.  No one ever answered.

Finally I reached a customer service assistant at my district office.  After listening to me explain the problem, her first response was, “You know, the service isn’t guaranteed.” That was it as far as she was concerned.  In her mind it was clear that if the service wasn’t guaranteed, then failure was an acceptable outcome: our behinds were covered.  I could see that she wasn’t going to do anything more for me, but she was even resistant to giving me the phone number of the district customer service office that served the delivery office.

Eventually she gave me the number.  I dialed the district responsible for delivery and got a gatekeeper.  She listened to the story and told me to just call the station responsible for delivery.  It took awhile for her to realize that calling a place where no one answered the phone wasn’t an effective strategy.  She too was reluctant to pass me on, but finally I prevailed upon her to let me talk to the district customer services manager.

All this time the clock was ticking.  If the package was truly out for delivery (as the scan showed), then we had to reach the station and ultimately the carrier.  If the delivery was early in the route, well, then I guess we would just rely on that friendly legalese and tell my customer, “Well, you know, we took your $10.95, but nothing was guaranteed.”

When I got the district customer services manager on the phone and explained the situation, she was at least attentive, but more than a little cynical.  She verified that I had faxed the form to the right office and explained that no one answered the phone at this station because the District Manager and the POOM (Post Office Operations Manager) had ordered managers to stand in the lobby to ensure wait time in line (WTIL) was kept under five minutes.

In a very postal way that made sense.  You see, we measure WTIL.  It’s a big deal.  PMG Patrick Donahoe mentions it in almost every video he does for the troops.  And if in postal world we measure it, then you can be damned sure every available resource is going to be devoted to making that number, regardless of whatever other balls get dropped.

So while the station manager stands in the lobby making sure nobody waits for more than five minutes, the phone doesn’t get answered, faxes don’t get noticed, and e-mails don’t get answered.  Everything else can go to hell but the thing we’re measuring, in this case WTIL, is going to look really good.

And that’s the way it goes in today’s Postal Service.  Someone decides a particular measurement is important, and come hell or high water, we’re going to be successful at that measurement.  Context is lost and so is everything else.

This type of behavior, this attitude, this fundamental element of postal culture, explains why the Postal Service didn’t bother to run the numbers on the true costs of plant consolidations or eliminating Saturday delivery.  Shrinking the network became a target and a purpose completely unto itself, and anything that contradicted or compromised that goal was jettisoned.

It doesn’t matter if dismantling the network or eliminating rural post offices will cause deterioration of service or destruction of the postal network.  The goal has become dismantling the network, and that’s where all of the force of the organization is directed — regardless of the consequences.  And that’s why the numbers don’t add up and never will.  Once we have a goal, there’s nothing — no facts, evidence, or alternative — that can stand in the way of successfully meeting that goal. 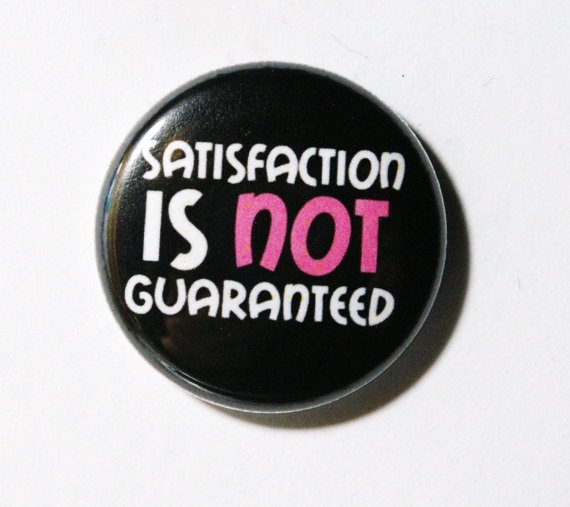 MY STORY might have a happy ending yet, at least for my customer.  The district customer services person was able to reach the station manager on her cell phone, and the station manager was able to reach the carrier on his cell phone, and the carrier hadn’t delivered the package yet.  So maybe, if we’re lucky, my customer gets the service he paid for.

Of course in the Postal Service happy endings often come with qualifiers, so when I checked the scans a couple of days after I started writing this piece, I found the package was still sitting in the delivery post office with an “undeliverable as addressed” scan. Now that’s the wrong scan for this service, but why nitpick, and when I followed up with an e-mail to the station manager pointing out the proper procedure and the fact the package seemed to be in limbo, it went unanswered.

It does look like the package is on its way back to my customer — after sitting for six days (it was Priority Mail).  It might be back in my customer’s hands in a few days, which means that after doing everything right on our end and in plenty of time, we still needed several hours of additional effort to get the package returned ten days after the initial request.  For most of that time the package and several hundred dollars of the customer’s merchandise were in limbo.

One would hope that after the initial effort to get the service to work properly, the end result would have been a little better.

The saddest thing about this whole incident was how cynical every one I spoke with was.  Even the customer service manager who helped didn’t think it was a problem that no one at the station answered phone calls or checked faxes.  She accepted confusion and mediocrity as simply par for the course.

This isn’t an isolated incident and it certainly isn’t an isolated attitude.  Last week a customer came to me concerned that his son might have cashed a fraudulent money order.  The boy had taken the money order to another office, and the clerk said she thought the money order might be fraudulent, so she wouldn’t cash it.  Instead she advised the boy to take it to the bank.  That turned out ok too, but the postmaster at the other office didn’t seem the least bit concerned about the interaction — it wasn’t something measured or Mystery Shopped.

In a previous post entitled “Because We Said So: The unassailable logic of postal managers and their salaries,” I wrote about how damaging the institutional and managerial culture of the Postal Service has become.  The failed and stilted vision of senior management is basically leading the institution off a cliff.

The attitude at the top trickles down and demoralizes postal employees at every level.  Clerks and carriers stop caring about their jobs because of the incessant ringing of cognitive dissonance.  Managers become cynical, willing to accept mediocrity so long as the favored measurement of the moment is met.   So what if customers suffer?  Didn’t the form say the service wasn’t guaranteed?

Down here at the bottom of the pyramid, it isn’t about policy or politics.  It’s about people and the fact that a treasured and necessary institution has developed a culture that simply cannot be bothered with caring about people.

[Mr. Jamison can be reached at [email protected]]