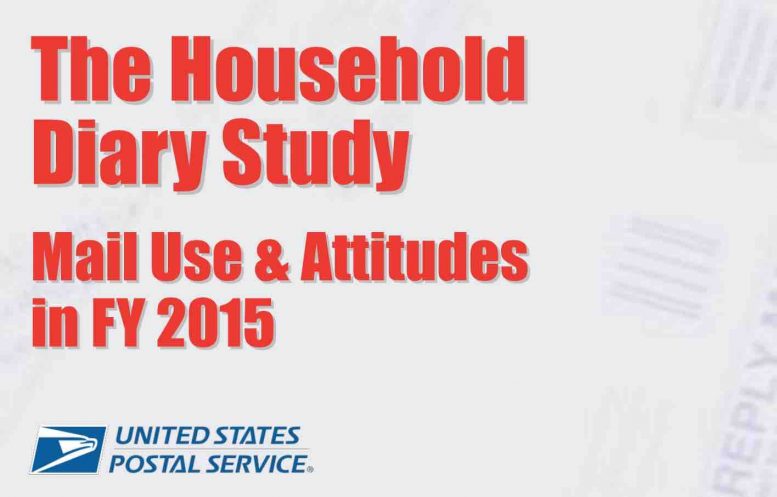 The Postal Service has released the Household Diary Study (HDS) Report for Fiscal Year 2015. The HDS measures the mail sent and received by U.S. households, tracks household mail trends, and compares mail use between different types of households.

Among the Study’s findings:

With regard to how people use the brick-and-mortar post office, the Study states, “In spite of a declining frequency of visits over the past several years, the use of post offices for mailing services continues to dominate the mail service industry.”

The following chart shows the number visits to the post office in 2015 compared to 2008:

Like the 2014 Study, the 2015 Study concludes with this observation: “Even with the continued availability of mail-related products and services through alternative modes (such as Internet orders), in-person visits to postal facilities remain strong.”