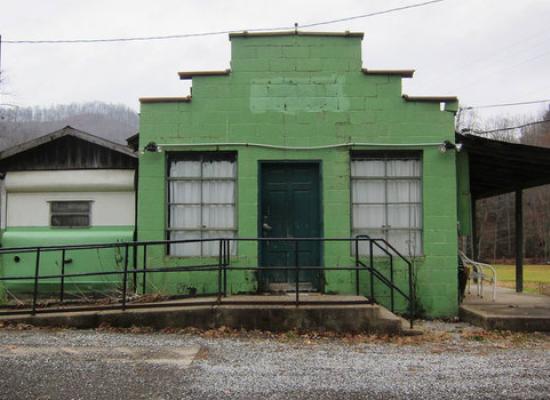 [The following letter was recently sent to the Postal Regulatory Commission and Chairman Goldway in response to issues arising from the implementation of POStPlan.]

I am writing to you directly but I hope you will share these comments with the other commissioners.

As you are aware, I was very critical of the decision in the POStPlan docket, not because the PRC failed but because the consequences of what was the ultimate result of the Commission’s legal responsibility fell far short of what would be the real world consequences. I think we are now seeing just how duplicitous the Postal Service can be as we witness emergency suspensions and office closures that are inextricably part of the POStPlan process.

There have been many issues that have arisen in the face of the implementation of this program.  I was heartened to see your call for information from the public, although I think the reality is that without a specific investigatory design much of what comes in will be anecdotal.  That’s a consequence of the system.  Your willingness to follow through is admirable.

The two issues I want to address here are the two most common reasons given for emergency suspensions, lease or building issues and lack of personnel to staff an office. Both are, at base, fallacious and constitute an ongoing example of how the Postal Service uses stilted interpretations to evade its responsibilities under the law.

The PRC already has a long history with respect to suspensions based on building or lease issues.  PI2010-1 was opened just to address these issues, and I would refer the PRC to the comments I submitted in that docket.  The Postal Service has a long history of being abusive during lease negotiations. The tactics we are seeing today have been used for a long time.  The difference is that now they are part of a concerted effort to close post offices.

As a postal lessor I was told that the Postal Service typically begins the renegotiating process about half way through the final term of a lease, generally from two and a half years to a year before termination.  This logically would give sufficient time to resolve ongoing issues related to the physical condition of a building or, if negotiations failed, to allow time for the identification and acquisition of suitable alternatives. Realistically in the latter instance the Postal Service has never been particularly enthusiastic about finding alternatives, but as the Commission has seen in many appeal cases, communities are often more than willing to locate alternative facilities.

By shortening the negotiating process and by turning the negotiations over to CBRE, an outside contractor with a limited understanding of postal issues and perhaps with incentives that may not coincide with good faith efforts to renew leases, the Postal Service has cynically created “emergency” situations.  Given the circumstances, we should be very skeptical of any suspension related to a failure to negotiate a lease.

We should also look very carefully at suspensions related to unsuitable building conditions.  We should ask, how long has the condition actually existed and what previous attempts has the Postal Service made to address the condition?  I think the Commission will find that in many cases the condition cited as making a building unsuitable or unsafe has existed, unaddressed, for a significant period.  The condition may actually warrant not using a particular site, but is it an emergency if it is only being addressed now when other agendas are at hand?

The other reason cited for an emergency suspension is that the Postal Service cannot staff the facility after the current postmaster retired, resigned, or was reassigned.  There is virtually no circumstance where this is a legitimate reason for a suspension unless we are willing to agree that the term “cannot” is, in fact, synonymous with the words “will not”.

With perhaps a rare exception, the Postal Service undertakes these suspensions because it will not assign an available employee, a clerk, a PSE, a manager to staff a facility slated for suspension.  The fact that the Postal Service may not be able to immediately hire and train a PMR within a matter of days to replace a postmaster or other staff at a facility does not reasonably rise to anything approaching the definition of the word emergency. Offices within a reasonable commuting distance have staff that could be temporarily reassigned to an office targeted for suspension.

Shortly after POST Plan was announced, the Postal Service sent letters offering re-employment to retiring or resigning postmasters.  These offers were to return as part-time, non-career employees.  Under applicable Federal law, the Postal Service was required to seek a waiver from OMB in order to rehire annuitants without penalty.  I filed a FOIA request with OMB for copies of that waiver which would contain the reasons the Postal Service was seeking the waiver.  Unfortunately OMB has taken several months and still the request is unfilled.

The PRC should obtain those documents, as they would give indication as to what conditions the Postal Service expected that would require it to ask for a waiver of Federal law.  Was the Postal Service aware of an impending emergency?  What steps did it take to mitigate that emergency?  What steps were executed beyond simply seeking to re-employ people it had just unceremoniously shoved out the door?

POStPlan was in development at least six months before it was announced.  Based on statements made by representatives of the League and NAPUS, it is fairly clear that POStPlan was substantially formulated during the RAOI docket.  The plain and simple fact is that the Postal Service had sufficient time to develop plans that were sufficiently robust to ensure that it could staff its facilities.  If while developing POST Plan it failed to consider the appropriate staffing needed to make the plan viable, then the management of the Postal Service was either incompetent, malfeasant, or simply dishonest about its intentions.  The PRC ought to find out which applies.

The law may not offer a sufficient definition of the word emergency as it applies to post office suspensions, but I think reasonable people can come to the conclusion that an inconvenience, perhaps assigning a clerk from one office to another or creating a temporary overtime situation, is not an emergency.  And while I suppose an individual or an organization could create the circumstances that result in an emergency, for instance by failing to reasonably plan or exercise obvious attention or caution, the result should not excuse or cancel obligations. A situation where an emergency arises from the direct and intentional actions of a party would seem far from the intent of the statute.

The PRC has a difficult job.  The law places limitations on what it may consider and how it may do so.  Rarely does the Commission get a clear-cut opportunity to make a definitive statement about the plans and performance of the Postal Service.  In this instance, though, there is enough of failure of the Postal Service to meet its basic and fundamental obligations under Title 39 to warrant a thorough investigation of the Postal Service’s conduct.

If the law permits it, then the Commission ought to reopen the N2012-2 docket as it has become clear that the plans submitted by the Postal Service are being implemented in a manner that is inconsistent with its assertions and representations in that docket.

I appreciate the efforts of you and your fellow commissioners.  I hope you will continue to make every effort to hold the Postal Service accountable to the American people.