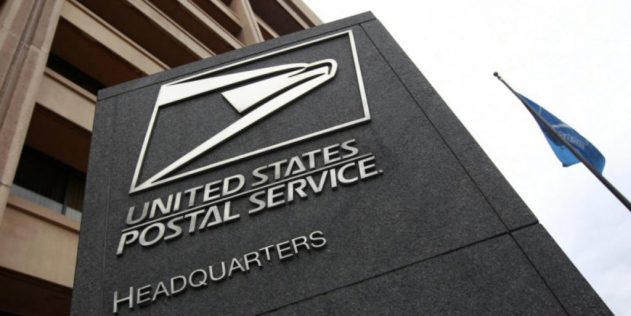 A few weeks ago, it appeared (as noted in this previous post) that President Biden had passed up the opportunity to appoint two new members of the Board of Governors, and with it, the chance to maybe appoint Governors who might want to replace the Postmaster General. Now it seems that the appointment of two new Governors is still a real possibility.

On December 16, 2022, the bio pages on the USPS website for Governors Zollars and Moak both indicated that their terms had ended on December 8, 2022, and that they were serving in holdover years until December 8, 2023. That seemed to indicate Biden had decided not to replace them with new appointments.

Here’s Governor Zollars’ bio as it appeared on December 7 (now available on the Wayback Machine):

Zollars served the remainder of a seven-year term that expired on December 8,  2022, and he is currently in his holdover year. He currently chairs the Board’s Operations Committee.

Now here’s Governor Zollars’ bio as it appears on the USPS website today:

Zollars served the remainder of a seven-year term that expired on December 8, 2022, and he is currently in his holdover year. He will continue to serve under his current appointment until December 8, 2023, unless he or a successor is nominated, confirmed and appointed prior to that date. He currently chairs the Board’s Operations Committee.

At some point between December 16 and today, then, the Postal Service added the sentence about Zollars serving until December 8, 2023, unless a successor is confirmed before then. The same is true for Governor Moak’s bio.

It’s not clear when and why these changes were made in the Governors’ bios, but it clearly indicates that the Postal Service was getting ahead of itself when it said simply that the Governors were serving a holdover year, and it now wants to clarify that their positions are, in effect, still open.

It is not uncommon for Governors to leave their positions before their terms end. In fact, seven of the nine current Governors joined the Board by replacing individuals who left before their term expired. What seems unusual about the situation with Governors Zollars and Moak is that their holdover year has begun with the possibility that they won’t serve it out if a replacement is confirmed.

No more than five Governors can belong to the same political party. If President Biden were to replace Moak (D) and Zollars (R) with two Democrats, the Board would thus have five Democrats, which would be within the rules.

The appointments would still need to win Senate confirmation, which could be problematic with two Democratic nominees, but it would be possible. And if the Biden administration has any inclination to replace the Postmaster General, that would be a necessary first step.

(For more about the two BOG openings, see this article by David Dayen in the American Prospect, Nov. 29, 2022. Note that Congresswoman Brenda Lawrence is described as having been the chair of the House Oversight’s Subcommittee on Government Operations. She was a member of the subcommittee, but the chair was Gerry Connolly. There’s more in this article by Eric Katz on Government Executive, Oct. 27, 2022.)