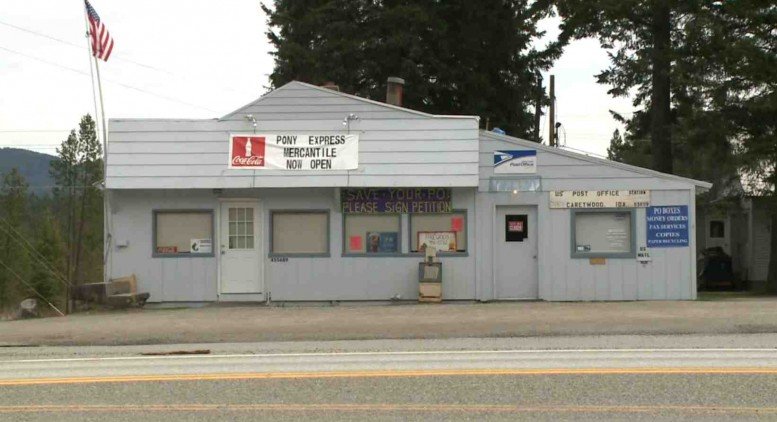 The Postal Regulatory Commission has dismissed the appeal on the closing of the contract postal unit in Careywood, Idaho.  It was a terrible decision.  It is illogical and inconsistent with the Commission’s own precedents, and it creates a new precedent that endangers not only all contract post offices, but every post office in the country.

The numerous problems with the Commission’s ruling are discussed in a scathing eight-page dissenting opinion issued by Commissioner Ruth Goldway.  Unlike the majority opinion, the dissent is consistent with Commission precedents, cognizant of the Postal Service’s obligations to the rural public, and respectful of the Commission’s own statutory responsibilities.

Sadly, Goldway was the lone voice of reason on the Commission.  She was also alone yesterday in a second dissenting opinion when the Commission dismissed a complaint filed by the APWU concerning the Postal Service’s failure to meet its new service standards.

The basis for the Commission’s decision to dismiss the Careywood appeal is that the case did not satisfy the “sole source” standard.  That is a reference to a string of previous appeals going back to a 1983 appeals case called Knob Fork, West Virginia.  (Knob Fork and the cases that followed it are discussed in this previous post on Careywood and in comments I filed on behalf of the petitioner.)

In 2012, the Commission invoked this “sole source” standard when it dismissed the appeal on the closing of a contract unit in Alplaus, New York.  In the Alplaus ruling, the Commission observed that there was another post office just one mile away, and there were more post offices, approved postal providers, and other alternative access points not too far away.  The Alplaus contract unit could therefore not be considered the “sole source” of postal services in the community, so the Knob Fork precedent did not apply, and the appeal was dismissed.

In the case of Careywood, the nearest post office is in Athol, which is 7 miles away, and there are no alternative access options within 20 miles.  The Commission’s ruling nonetheless concludes that the “sole source” standard was met.  It notes that the drive from Careywood to Athol is just seven minutes, only 2 minutes more than the drive to another post office from Alplaus.

Residents of Careywood pointed out that the drive could be much longer, particularly during the summer tourist season when there’s traffic and during the winter when the drive is not simply long but dangerous.

Aside from the issue of distance, the record was filled with letters from Careywood residents and elected officials explaining that Athol and Careywood are clearly two separate communities, in two different counties, with distinct emergency and court services.

The PRC’s public representative pointed to all of these arguments in her comments opposing the Postal Service’s motion to dismiss.  As she wrote, “Given the record presented in this appeal, it is clear that Careywood qualifies as a separate and distinct community from Athol.”

The Commission rejected these arguments and decided that “the Careywood CPU is not the sole source of postal services to the community of Careywood.”  The Commission also noted that Careywood residents are served by a rural carrier and access to usps.com via the Internet.  The Commission therefore dismissed the Careywood appeal, as it had done with Alplaus.

The Careywood ruling thus means that nearly all contract postal units can be closed by the Postal Service without going through a formal discontinuance process and without giving a community the right to appeal to the PRC.  According to a 2012 GAO report, 86 percent of contract units — there are about 3,600 of them — are located less than 5 miles from a post office.  Only 4 percent are more than 10 miles from a post office.  The Commission’s ruling on Careywood does not say how far away a post office must be in order for the “sole source” standard to be met, but one wonders if even 10 miles would be enough.

Taub’s view has now prevailed, and it’s not likely that the closing of any contract unit can ever be successfully appealed to the PRC.  More importantly, it means that the Commission has ratified the Postal Service’s position that it does not need to go through a discontinuance procedure to close a contract unit.

But the problems with the Careywood decision run deeper, as explained by Commissioner Goldway in her dissenting opinion.

Goldway writes that “the facts available to the Commission thus far indicate that this is a clear example of ‘the closing of the only retail facility serving a community’ clearly described in the Commission’s Knob Fork post office appeal decision and at least four subsequent Commission opinions adhering to the Knob Fork precedent.”

In dismissing the Careywood appeal, the Commission has thus ignored its own precedents.  Goldway also points out that the majority opinion is self-contradictory.  It acknowledges that Careywood is a distinct community, and then claims that Careywood is not a separate community but part of a larger geographical area that can somehow be considered a single “community.”

Goldway’s dissent goes on to explain why the Careywood decision sets a bad — and probably illegal — precedent:

Goldway concludes her dissent with a biting criticism of the Postal Service’s process and the majority’s opinion.  It’s worth quoting in full.

“This post office closing appeal should be heard. Dismissing the appeal forecloses the community’s only opportunity to be heard regarding the abrogation of their postal service, and exacerbates the ill effects of the Postal Service’s preemptory and disengaged process imposed upon this community.

“The majority decision here – despite the promise of a new general proceeding in which it will be challenging for average citizens to participate – in fact establishes an unreasonable precedent that mere access to the internet and USPS.com are adequate substitutes for post offices in any rural community.  No rural post office would qualify as a sole source under this untested and probably illegal standard.  Such a decision contradicts the legal obligations the Commission has to protect rural postal service and to ensure that the Postal Service provides adequate procedural reviews and citizen engagement before closing a post office. Commenters here have raised serious bona fide concerns about the adequacy of Postal Service due process.

“It will be difficult for the Commission to continue to encourage the Postal Service to meet its obligations to the rural public when the Commission declines to hear credible and legitimate citizen appeals. If, after giving Careywood the opportunity to be heard, the Commission still believes that the closing does not fit within its jurisdiction, a decision to deny the appeal would at least have some substance and meaning.

“I disagree with the majority opinion’s disavowal of the Commission’s statutory responsibilities and the interests of the community in this proceeding.”

Unfortunately, Commission Goldway was alone in seeing the issues so clearly.  Even more unfortunately, Goldway will soon be leaving the PRC, and there’s apparently no one left on the Commission who is willing to stand up for the rights of rural communities and the Commission’s own legal obligations.