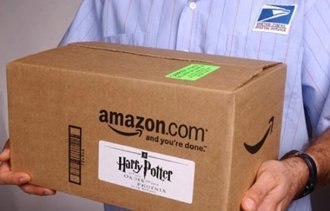 CNBC: President Trump isn’t the only one questioning the post office’s pricing strategy.

UPS, the shipping giant, has been in a back-and-forth with Amazon in recent years over the post office’s cost structure, which has direct impact on how the Postal Service sets its package shipping prices, according to public documents filed with the Postal Regulatory Commission (PRC).

In a February filing, for example, UPS called the post office’s cost distribution “puzzling,” to which Amazon responded in a separate filing that UPS offers “no evidence” of inconsistencies in the current system.

Though obscure, the issue impacts what Amazon — which relies heavily on the post office — pays for shipping, and could bring a competitive advantage either to the company — or to rivals like UPS….

“UPS makes a reasonable argument that needs to be discussed,” said Mark Jamison, a former postmaster of Webster, North Carolina, who has written about this topic for years on the blog “Save the Post Office.”“It’s worth discussing whether the postal service has the right strategy.”  Read more.