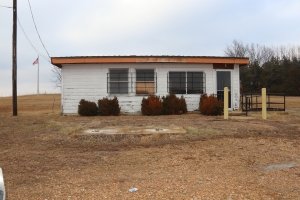 The U.S. Postal Service plans to spend approximately $270,000 to $280,000 to reopen a post office facility in the area of Zanoni, MO, USPS real estate specialist Vee Spikes said Monday at a meeting held at the Gainesville post office.

The new facility will be open two hours a day during the week and four hours on Saturday, operated by a part-time USPS employee who will probably earn about $12 per hour, officials said.

In answer to a question, Gainesville postmaster Jeff Elliott said that, before USPS closed the Zanoni post office in February 2016 under what it called an “emergency suspension,” the facility’s revenue averaged between $500 and $600 per year. The Gainesville post office now manages delivery of mail to the 40 postal patrons with Zanoni addresses.  Read more.