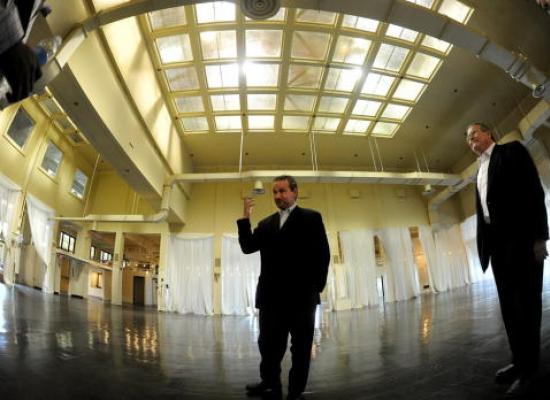 The historic post office in York, PA, has just been sold by one developer to another.  In August 2013, York businessman Themi Sacarellos bought the post office from the Postal Service for $350,000.  It had been assessed at $1,480,440, and it was initially listed at $800,000.  The USPS-CBRE Properties for Sale website currently lists it at $650,000 and "sold."  After putting some unknown amount into renovating the building, Sacarellos has now sold the building to Hashempour & Sons for $795,000.  No word yet on what the new owners plan to do with the building.  Read more.  (There's more about the York PO here.)