The General Services Administration has selected Donald Trump to redevelop the Old Post Office building in downtown D.C.  The grand old icon is going to be converted into a luxury hotel, complete with “world renowned restaurants, a spa and conference facilities.”

The GSA says turning the building over to private hands will save the federal government millions of dollars in maintenance.  “The tremendous response from the private sector allowed us to select a proposal that will provide a consistent revenue stream for the Federal Government and better utilize a historic property on our nation’s best Main Street,” said Robert Peck, the GSA’s Public Buildings Service Commissioner.

The sale of yet another historic federal building goes hand-in-hand with the selling off of historic post offices that we’ve been witnessing.  The Postal Service is engaged in “divestiture” — a stage in the privatization process that involves selling off government assets to private companies.  The Postal Service has enlisted the help of the world’s largest real estate firm, CRB Ellis, to help sell its properties, and the new USPS-CRBE website lists 78 of them.  There are probably many more USPS properties for, but the Postal Service refuses to release a list of them.

DC’s Old Post Office is not in the same category as these other historic post offices, since it’s not owned by the Postal Service and it hasn’t been an operating post office for decades.  But the push to sell off federal assets, whether they’re under the auspices of the Postal Service, the GSA, or another government agency, is troubling.  Many of these assets are valuable historic buildings that belong to the people of the United States.  Once they’re converted to things like luxury hotels, upscale restaurants, and clothing boutiques, they’re no longer in the public realm and they’re off-limits, except to the privileged few. 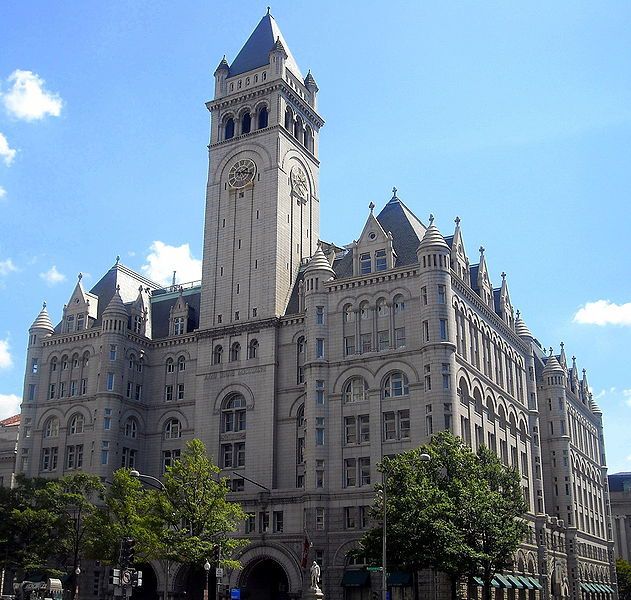 Yesterday, the House of Representatives passed something called the Civilian Property Realignment Act (H.R. 1734), which will accelerate the sale of high-value, “underutilized,” federal properties.  “The purpose of 1734 is to actually shrink the size of government,” explained Rep. Jeff Denham (R-CA), one of the bill’s sponsors. If the bill gets through the Senate and signed into law, the legislation would prompt a massive sell-off of $500 million in government-owned real estate over the next three months. The sale of the Old Post Office is a prime example of what the bill aims to expedite.

When construction was completed in 1899, the Old Post Office was the largest office building in D.C., the first to incorporate a steel frame in the city, the first federal building on Pennsylvania Avenue, and the first government building to have its own power plant.  “Opening ceremonies,” says Wikipedia, “were marred when the postmaster of Washington fell to his death down an elevator shaft.”

In the 1930s, a new post office was built directly across 12TH Street, and the Old Post Office building was almost razed, but there wasn’t enough money around because of the Depression.  For the next 40 years, it was used as an overflow space for several government agencies.  With no agency responsible for it, the building fell into decay, and in the 1970s, it was almost destroyed again, but historic preservations came to the rescue and got funding for some renovation work. 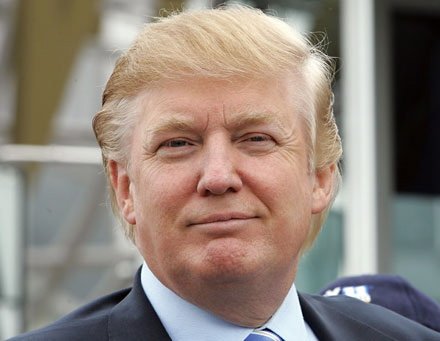 Hopefully, things will work out better for this Trump enterprise.  Others have not been so successful.  Back in the early 1990s, two of Trump’s casinos in Atlantic City, New Jersey — the Taj Mahal and the Trump Plaza Hotel — went bankrupt.

When sales of units in the Trump International Hotel and Tower in Chicago started to lag, the lender, Deutsche Bank, ended up in court for refusing to let Trump lower the prices to spur sales.  In court papers, Deutsche Bank observed that “Trump is no stranger to overdue debt” and noted that he had twice previously filed for bankruptcy regarding his casino operations.  Trump didn’t like that one bit, and he initiated a suit asserting that his image had been damaged.

Trump has caused endless controversy in New York with his projects, like the Trump SoHo, an out-of-scale 46-story monstrosity located in an historic neighborhood where most of the buildings are about six-to-ten stories.  There have been suits and counter-suits between the architects and developers over design problems, and several condo-buyers filed a suit claiming they were lied to about how well the units were selling.

UPDATE (Feb. 9, 2011): Looks like Donald’s plans may be in for a bumpy ride.  D.C. Congresswoman Eleanor Holmes Norton “isn’t ready to celebrate” the GSA’s decision.  According to the Washington Business Journal, she says the project is fraught with potential complications that could put an end to the deal before it ever starts.