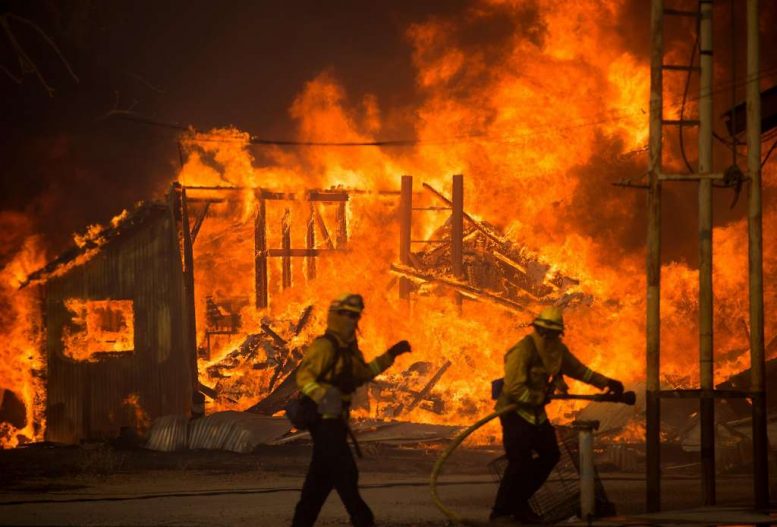 SFGate: A fast-moving wildfire that has ripped through rural Lake County, destroying homes and forcing hundreds to flee, accelerated Sunday, burning into historic downtown Lower Lake.  The California Department of Forestry and Fire Protection reported that at least four homes had burned by Sunday morning. 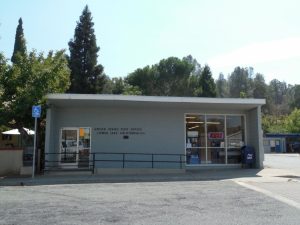 But later, more houses were visibly ablaze, including properties on Quarterhorse Lane, Mustang Court and Riverview Drive. Early Sunday evening, commercial structures in Lower Lake were in flames.Cal Fire said the fire was only 5 percent contained.

The fire reached Main Street in Lower Lake, a town of about 1,200, and burned the post office and several businesses as black smoke loomed over the downtown area. Doctors and nurses at a hospital in Clearlake, a neighboring town of about 15,000, rushed to transfer patients to another hospital 25 miles away while firefighters carried goats and other animals to safety as homes burned around them.  Read more.

UPDATE: The Press Democrat reports that the post office survived the fire.  No word on any damages.