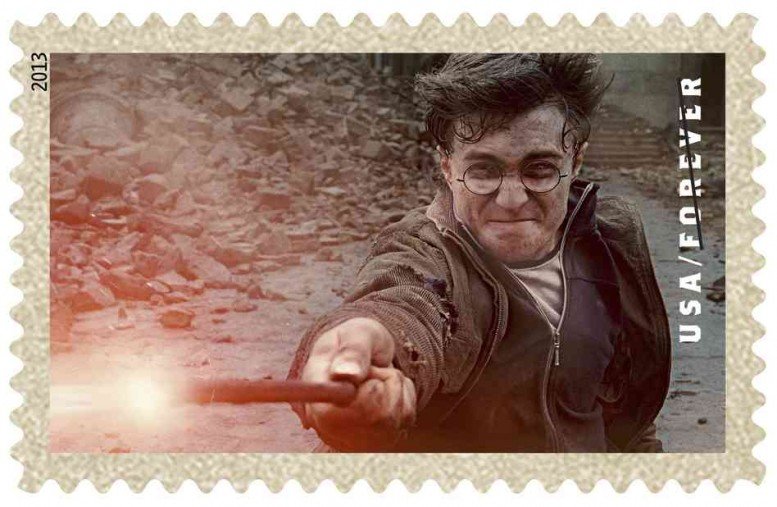 The new Harry Potter stamps were released last week, but you can’t get them at just any old post office.  You’ll need to travel to one of the 3,100 post offices that the Postal Service has designated as a Premier Post Office.  A list of them, along with a map, can be found on Google Docs here.  (The original source is here.)  [Google Fusion Tables (with the maps) was shut down on Dec. 3, 2019. A spreadsheet version of the data is here, and a Carto map is here.]

The new issue has been greeted with controversy because the Citizens’ Stamp Advisory Committee, which evaluates the merits of stamp proposals, did not approve Harry Potter.  The CSAC was not even consulted on the selection.  The decision appears to have been made by Nagisa Manabe, the Postal Service’s marketing director, who has moved the stamp program into her department.  CSAC’s role has subsequently been reduced, and the subjects for stamps have tended to become more commercial, like the Beatles and Rudolph the Red-Nosed Reindeer.

The CSAC is not happy with its new role in selecting stamp subjects, and in September all thirteen members walked out of their meeting.  In a letter to Postmaster General Donahoe, CSAC complained that the committee no longer represented “the very citizens it was designed to serve.”

The problem with the Harry Potter series was summed up by John Hotchner, a former president of the American Philatelic Society, who served on the CSAC for twelve years until 2010.

“Harry Potter is not American.  It’s foreign, and it’s so blatantly commercial it’s off the charts,” said Hotchner.  “The Postal Service knows what will sell, but that’s not what stamps ought to be about. Things that don’t sell so well are part of the American story.”

There’s another problem with the Harry Potter stamps, but this one hasn’t gotten much attention.  The Postal Service is not making them available everywhere at the same time.

The stamps are for sale at usps.com/stamps, at the Postal Store on eBay at ebay.com/stamps, and by calling 800-STAMP24.  But if you want to buy the stamps at a post office, you have to go to one of the 3,100 Premier Post Offices. 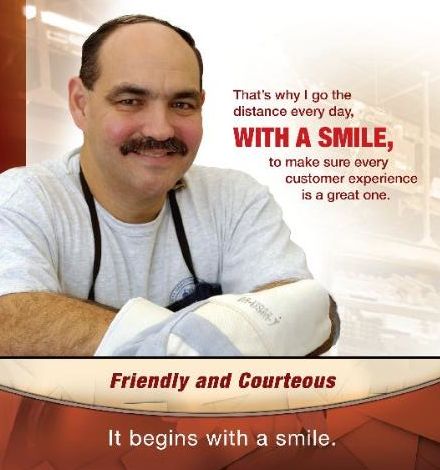 The Premier Post Office program, which was announced in May 2011, consists of about 10 percent of the country’s 32,000 post offices — those that generate a significant amount of revenue.  Together they account for 44 percent of all walk-in and self-service kiosk revenue.

The purpose of the program is to improve the customer experience and maximize revenues at these offices.  Retail associates at Premier Post Offices are given guidelines to standardize how they deal with customers, they are taught telephone courtesy, and they participate in the “It Begins With a Smile” initiative.  Premier Post Offices also get extra maintenance, inside and out, and there’s a certification program in which successful post offices are awarded Bronze, Silver, and Gold.

The Harry Potter series appears to be the first time that Premier Post Offices have been given the opportunity to sell a new issue before other post offices.  That should be a matter of some concern.

The series is being released in waves.  The first wave shipped only to Stamp Fulfillment Services (SFS), which then did an automatic distribution to the Premier Post Offices for the first-day-of-issue, as well as to the first-day city, Orlando. (The Harry Potter stamps were developed in collaboration with Warner Brothers, which produced the film, and the kick-off was a partnership with Universal Orlando Resort.)

The Postal Service hasn’t publicized the Premier Post Office program, perhaps because customers at the 29,000 post offices not classified as Premier wouldn’t like it very much to learn that they are getting second-class treatment.  No one has challenged the program’s legitimacy, but it’s an open question whether it’s even legal.  Title 39, Section 403(c), prohibits the Postal Service from discriminating against some users of the mail:

That law is flouted in any number of ways, however.  For example, under POStPlan, the Postal Service reduced hours at 13,000 rural post offices, and in many communities customers are being shifted over to cluster boxes while their neighbors get delivery to the curb or door.

Now citizens who happen to live near a Premier Post Offices will enjoy special treatment, like early access to the Harry Potter stamps and being served by retail associates trained to give a special smile.  That certainly sounds like discrimination.

Maybe a Harry Potter fan out there who feels aggrieved by missing out on this preferential treatment would like to do something about it.  It’s not hard to file an official Complaint with the Postal Regulatory Commission.  The procedures are here, and the contents of a Complaint are described here.  If that all seems too legalistic, one can submit a less formal Service Inquiry or just write a comment to the PRC online here.

Filing with the PRC may seem like a bit of a bother, but it may be worth it.  As Harry Potter says, “”Even though we got a fight ahead of us, we’ve got one thing that Voldemort doesn’t have.  Something worth fighting for.”

(Image credits: Harry Potter stamp; It Begins With a Smile)