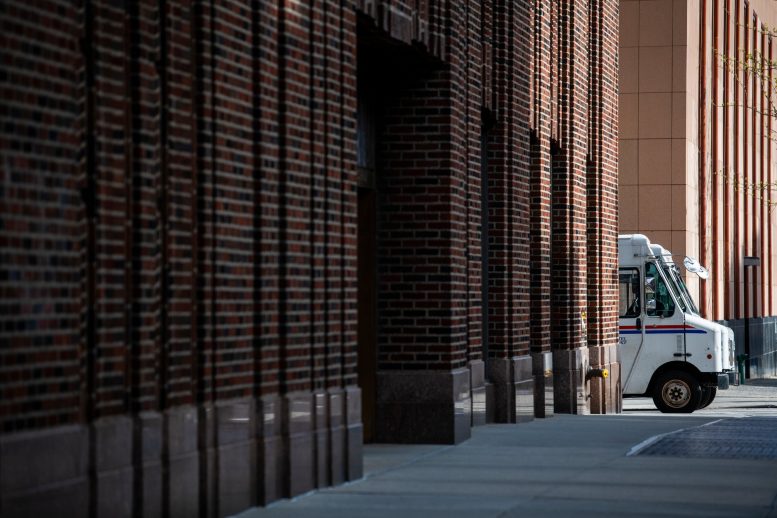 From the census to the November election, the Postal Service is critical to American democracy.

New York Times Editorial Board: America’s favorite government agency is on the brink of collapse, and Washington policymakers appear too mired in politics to save it.

Like so many businesses, the United States Postal Service has been hit hard by the coronavirus. Mail volume is down nearly a third over this time last year and continues to fall. The Postal Service is predicting $13 billion in lost revenue this fiscal year as a direct result of the pandemic. In an April 9 telebriefing to the House Oversight and Reform Committee, the postmaster general, Megan Brennan, warned that without financial assistance the agency could run out of money by the end of September.

The Postal Service cannot be allowed to crumble in the midst of a national emergency. Though organized as a self-sustaining quasi-governmental enterprise, run without taxpayer funding, it is not just another business. Even in an increasingly wired world, the agency’s mandate of “universal service” provides a lifeline to remote areas. As this pandemic rages, its 600,000-plus employees are working to ensure that Americans receive their prescriptions and protective equipment and other essential items, no matter where they live. Nearly 500 postal workers have tested positive for the virus, with hundreds more suspected of having it, according to The Washington Post.

This year, the Postal Service is also playing an expanded role in sustaining democracy. In the new world of social distancing, mail-in and absentee voting are crucial to ensuring that Americans do not have to risk their lives to cast their votes. If the Postal Service collapses, it will take with it the infrastructure needed for millions of Americans to participate in the most fundamental act of self-government. Read more.