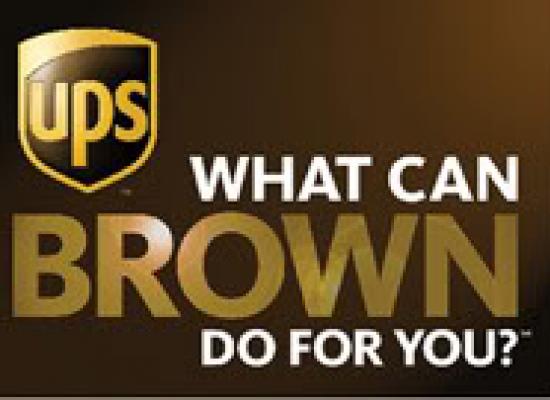 Congressman Paul Ryan, who may be our next Vice President, hasn’t had much to say about the U.S. Postal Service.

He has a statement on his website about the agency’s financial problems, but it basically just nutshells the bills put forward by Darrell Issa and Stephen Lynch.  The only thing of substance in the statement is Ryan’s rejection of the claim that the Postal Service has overpaid $50 to $75 billion into the CSRS pension fund.

Ryan has come out in favor of selling government property, which would presumably include the sale of post offices, and he advocates including government entities like the Postal Service in the federal budget.  Ryan also sponsored a bill naming a post office for Congressman Les Aspin (1938-1995), who represented Ryan’s district in Wisconsin from 1971 to 1993.

Getting by with a little help from UPS

That would seem to be about all there is to the story, but today the Huffington Post reveals another interesting Ryan-USPS connection.  It involves the lobbying career of Ryan’s wife, Janna (Little) Ryan, who worked as a tax attorney and lobbyist for Pricewaterhouse Coopers and Williams & Jensen from 1998 to 2000 — the period just before she married Ryan, in late 2000. 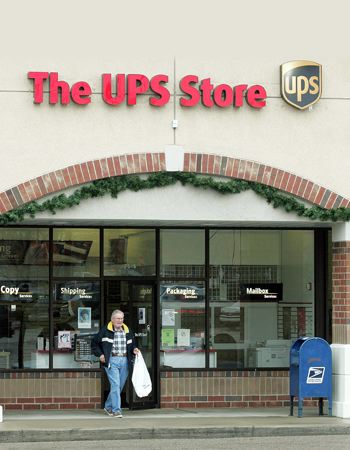 One of Janna’s biggest clients was the United Parcel Service, which basically didn't want the Postal Service's competition.

According to OpenSecrets.org, during the period that Janna lobbied for UPS (1998 – 2000), UPS spent over $5 million in lobbying efforts.  The Huffington Post article says that in 1998, Janna was part of a team that received $220,000 in fees for lobbying on behalf of UPS.

Not only was Janna lobbying for UPS, but in February 1999 (the HuffPost piece mistakenly says 2000), at just about the time Paul and Janna met, Congressman Ryan took a corporate-funded trip to Atlanta, where UPS is headquartered.  According to the Congressman’s financial disclosure report, the trip was paid for by UPS.

In addition to visiting UPS headquarters on UPS’ dime, Ryan has received significant campaign contributions from the shipper.  According to OpenSecrets, in 2000, UPS gave him $10,000, making it his fourth-largest contributor for the election cycle.  Over the course of his career, Ryan has received over $48,000 from UPS, which puts the company in his top 20 contributors (Koch Industries is sixth, with $63,000).

There’s a little more to the UPS connection.  In another HuffPost piece, we learn that Congressman Ryan had a good relationship with House Majority Whip Tom DeLay.  OpenSecrets reports that in 1998, Ryan accepted $9,045 from DeLay’s PAC, Americans for a Republican Majority (he ranks 7th in ARM contributions that year).  In 2000, Ryan took another $6,345, and in 2002, another $10,000.

When DeLay ran into legal problems over his fundraising practices, Ryan stood by his man and called the investigation an effort to “lynch” DeLay politically.  Even after DeLay was indicted in 2005, Ryan refused to return $25,000 in DeLay donations.

What’s all that got to do with UPS?  As Christopher Shaw relates in Preserving the People’s Post Office (p. 112), in September of 2000, DeLay flew more than thirty lobbyists to Las Vegas for a golf tournament and some partying in order to “reward” corporate donors and raise money for his Political Action Committee.  The plane was provided by UPS.

So what was going on back in the late 1990s that would have been of such interest to the United Parcel Service that it would spend over $5 million on lobbying?  A lot actually.

In 1996, for example, the Postal Service ran a very successful ad campaign to promote its “Priority” mail service.  As Chris Shaw puts it, the private shippers "went ballistic."  FedEx filed a lawsuit, and when that didn’t work, they turned to their friends in Congress, and eventually the ads were pulled.

In 1997, UPS and FedEx blocked the Postal Service’s efforts to expand its Global Postal Link program, which was designed to help shippers’ parcels get through customs faster.  As the Wall Street Journal reported, Congressional action against Global Postal Link “testifies to UPS’s clout in the Republican-controlled Congress.”

In 1998, Congress went to work on postal reform legislation.  The Postal Modernization Act (H.R. 22) addressed issues like the postal rate system, product offerings, and the role of the Postal Rate Commission.  The legislation never made it into law, but in many respects, it became the foundation for the Postal Accountability and Enhancement Act of 2006 (PAEA).

H.R. 22 was opposed by the unions because it put USPS revenue at risk, moved the agency down the path toward privatization, and threatened universal service.  But UPS and FedEx opposed the bill as well, albeit for much different reasons.

The private shippers attacked provisions in the bill that would have allowed the Postal Service to expand into areas that might cut into their profits, such as expedited mail.  In the hearings on H.R. 22, James Kelly, chief executive officer of UPS, testified before Congress that the bill threatened to give the Postal Service “additional freedoms to abuse its monopoly to compete with the private sector.”

Kelly argued that the Postal Service had “ventured into new markets and products never envisioned by Congress when reforming the Postal Service in 1970.  The Postal Service is engaged in predatory competition by using revenues from captive, first class monopoly customers and taking every advantage of its Government status to undercut prices of private-sector competitors.”

In 1999, as part of its lobbying efforts on H.R. 22, UPS waged what the APWU described as an “expensive smear campaign” against the Postal Service.  UPS sent every member of Congress a box containing newspaper editorials attacking the USPS, sample resolutions being considered in state legislatures, and a 16-page booklet that compared the Postal Service to the CIA.

Getting what you pay for

To a great extent, UPS’s lobbying succeeded, and many of the provisions it fought for — like more power for the PRC and strict limits on the Postal Service’s ability to expand its products and services — were later incorporated into the 2006 PAEA.

Bottom line, then, the Huffington Post piece concludes that Congressman Ryan and his wife, by virtue of their involvement with UPS, bear some responsibility for the financial problems confronting the Postal Service today.  It may be a stretch, or maybe not.

One final, and surely irrelevant, connection.  Congressman Ryan graduated from Miami University of Ohio in 1992.  Another notable alumnus of Miami University (class of ‘57) was Jack Rogers, chairman and CEO of UPS from 1984 to 1989.

According to Big Brown: The Untold Story of UPS, by Greg Niemann, Rogers was known as a leader of high integrity, with strong business ethics.  He once said, “None of us could be proud of our business achievements if results were obtained in anything but an ‘above board’ manner.”