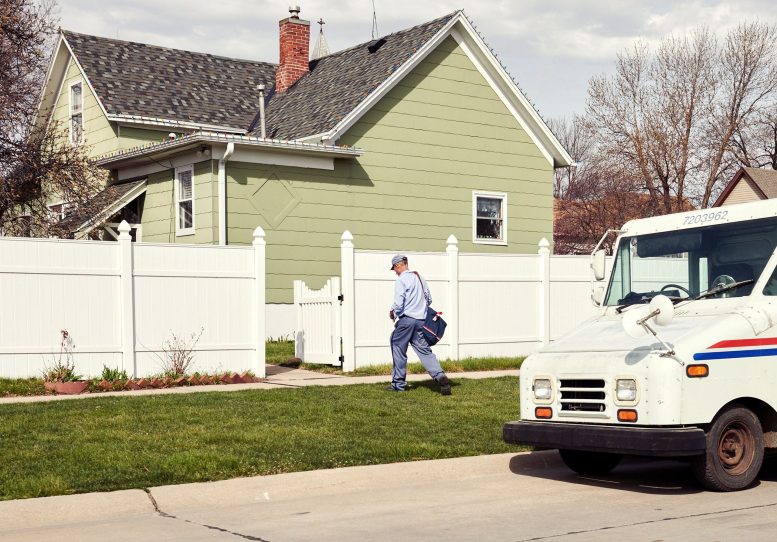 For the past forty years, Republicans have been seeking to starve, strangle, and sabotage the U.S. Postal Service, hoping to privatize one of the oldest and most important public goods in American history

Casey Cep, The New Yorker: I am probably one of the least consequential things my mother has ever delivered. She has two other daughters, for starters—one’s a public servant and the other is a special-education teacher. But she’s also spent her working life delivering love letters, college acceptances, medications, mortgage papers, divorce filings, gold bars, headstones, ashes, and care packages. In her thirty-eight years as a rural letter carrier with the United States Postal Service, she’s delivered just about everything you can legally send through the mail.

For twenty-seven of those years, she’s driven the same fifty miles five or six days every week, starting out at the post office and tracing Rural Route 5, bringing letters and packages to her five hundred and forty-five customers. Her best advice from all that driving is to carry duct tape, which can fix anything, and can even be made into a leash if you happen to find a lost dog. Her best day, she says, was a few years ago, when a retirement community got added to her route—a hundred and fifty-seven new customers, with stories and the time to tell them. The retirement home comes early in her fifty miles, but some days she stops again on her way home for longer visits, or heads back there on weekends for birthdays and anniversaries or to welcome someone home from the hospital.

My mother is so close with so many of the people who live along her route that they have always felt like second or third cousins to me—people I knew I was related to even if I didn’t see them very often. Mr. R. sent books home with her for me to read; the E. family pulled her jeep out of a snow drift and towed her back to the post office when her brakes failed; the F. family lost two children when their house burned down; Mrs. M. baked her bread and gave her iced tea in a to-go cup; the B. family had some landscaping work they wanted my father to do—and on and on through the years, a litany of routine or unexpected celebrations and tragedies and kindnesses. In the course of almost four decades, my mother has watched babies she saw come home from the hospital grow into adults who mail their parents Christmas letters with photographs of their own children, wondered whether a husband or wife or neither will stay in their house after a marriage ended, and seen grandchildren take over wheat farms from their grandparents.

Being a rural letter carrier suits my mother, and it enabled her to provide for a family like ours: it is a union job, with protections and benefits, insurance and vacation days, only modest raises but occasional overtime and reliable, transparent wages. It isn’t all wonderful; I was an adult before I noticed that the official vehicles she and her fellow-carriers drive do not have air-conditioning, and that her joints are already arthritic, her knees busted, her shoulders and back chronically sore, her gait wobbled by the wear and tear caused by hefting fifty-pound packages of dog food and forty-pound boxes of cat litter that are supposedly cheaper on Amazon than they are at the local store. Still, it is a better job than she thought she would ever have, and it allowed her to keep us in braces, allergy shots, X-rays, books, clothes, and movies. Eventually, it got her credit good enough to get us savings accounts and credit cards and loans.

My father, who is older and had been working longer than my mother had, was a member of the United Food and Commercial Workers; my mother joined the National Rural Letter Carriers’ union as soon as she was eligible. They knew that whatever they hoped for their children, they themselves would always be labor, not management. So we were a union family: my parents spent a few nights a year at local meetings, and if we went on vacation it was to wherever the annual union convention was held that year—usually the beach near where we lived, in Maryland, although one year we drove all the way to Maine. While we three watched the miracle that was cable television or played mini-golf with Dad, my mother put on her Sunday best and spent her days doing what I later learned a lot of other people’s parents did all the time: attend meetings. To me, my mother suddenly seemed like an executive.

Unions are the most powerful advocate people like my parents have. That power is one of the reasons that, although the U.S.P.S. is by far the most popular government agency, it is the one most often threatened with extinction. My mother is about to retire, and I worry that the agency she has spent her life serving will be retired soon, too. The coronavirus, which has decimated the global economy, has not spared the Postal Service—and while shipping and package volume are on the rise, standard and bulk mail have plummeted, leaving the U.S.P.S. with increasing deficits. But if the coronavirus kills the Postal Service, its death will have been hastened, as so many deaths are right now, by an underlying condition: for the past forty years, Republicans have been seeking to starve, strangle, and sabotage it, hoping to privatize one of the oldest and most important public goods in American history.  Read more.