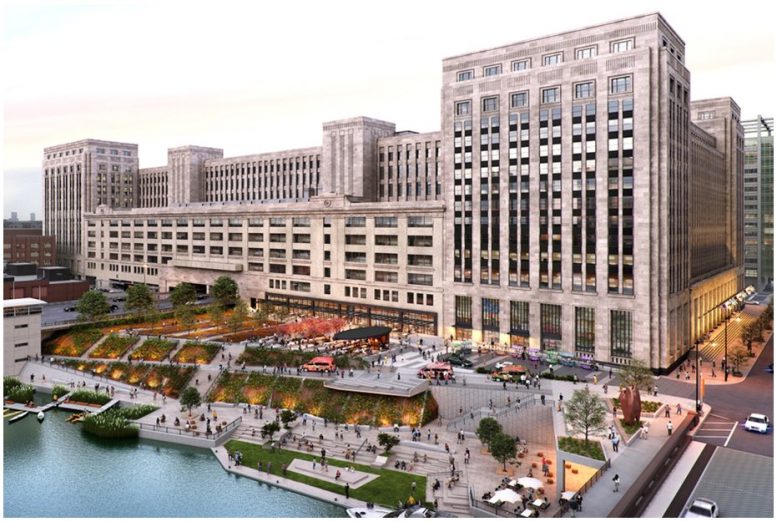 The first thing one notices upon walking into the Old Main Post Office‘s lobby is the floor, its surface polished so that it reflects a ceiling painstakingly restored to its original Art Deco glory.

The last time the lobby looked this good, Heath Ledger was running amok in the opening bank heist in “The Dark Knight.” Now it is the first sign of life for the Old Main Post office after 20 years of vacancy and decay.

Crews have been hard at work restoring the lobby to the Old Main Post Office.

Construction crews spent the past 12 months removing 23 million pounds of debris from the building — 90% of it was recycled — in what is now the largest redevelopment project in the U.S.: 2.8M SF, spanning three city blocks and five acres. The 601W Cos. bought the Old Main Post Office from the late Bill Davies in May 2016 (one day before Davies’ death), and launched a $600M redevelopment.  Read more.