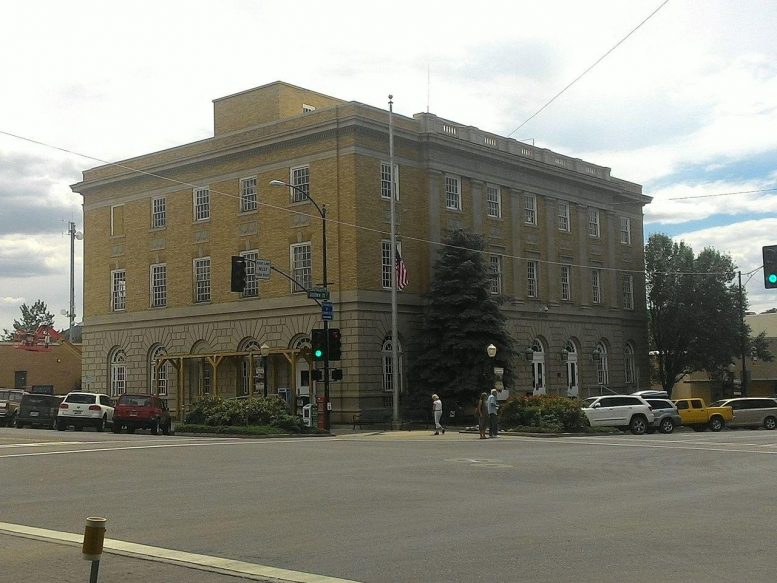 KNAU: A USPS representative explained a plan to sell the building and find a more suitable location nearby at this week’s Prescott, Ariz., City Council meeting.

“So I think it’s really important that it be stated here publicly that there is no intention to tear that building down,” said Orr.

“There is no intention to tear it down,” Rybicki responded.

The postal service says the nearly 26,000 square foot historic post office is too big for its needs.

Rybicki said the postal service will work with an outside company and seek bids for the nearly-90-year-old building, which has been on the National Register of Historic Places since 1985.  Read more.

The National Register nomination is here, with photos here.  The nomination form describes the post office this way:

“The Prescott Post Office and Courthouse is a significant example of a late Beaux-Arts post office and courthouse. It represents the end of the Beaux-Arts tradition of federal design philosophy and is one of the most monumental buildings in Prescott, second only to the Yavapai County Courthouse. The Courthouse Plaza is located immediately north of the post office across Goodwin Street. Finally, the building is the first federally constructed post office in the city and is a symbol of the federal presence in the community. As such, its construction was a major local event.”