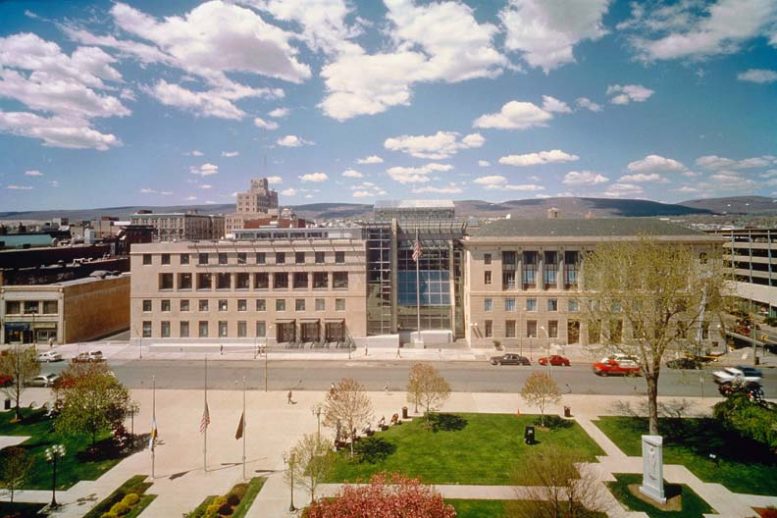 The Times-Tribune: The United States Postal Service will hold a public meeting next month about its plan to move the post office from the William J. Nealon Federal Building in downtown Scranton to an as-yet-undetermined, smaller location nearby, a postal official said Friday.

The post office at the Federal Building, 235 N. Washington Ave. at Linden Street, has about 10,000 square feet of space, which is too large for current needs, said David Wolff, a USPS retail estate specialist leading the search for a new spot.

The USPS will look for a new location that has about 1,500 square feet of space, and which is within an approximate 1-mile radius of 235 N. Washington Ave., Wolff said.

“This is strictly for the downtown area,” Wolff said. “If we find a (suitable) place right across the street, we’d move there.”

The original portion of the Federal Building containing the post office was built in 1930. The building was turned over to the U.S. General Services Administration in 1981, when the USPS moved its Scranton headquarters to a new location in South Side.  Read more.