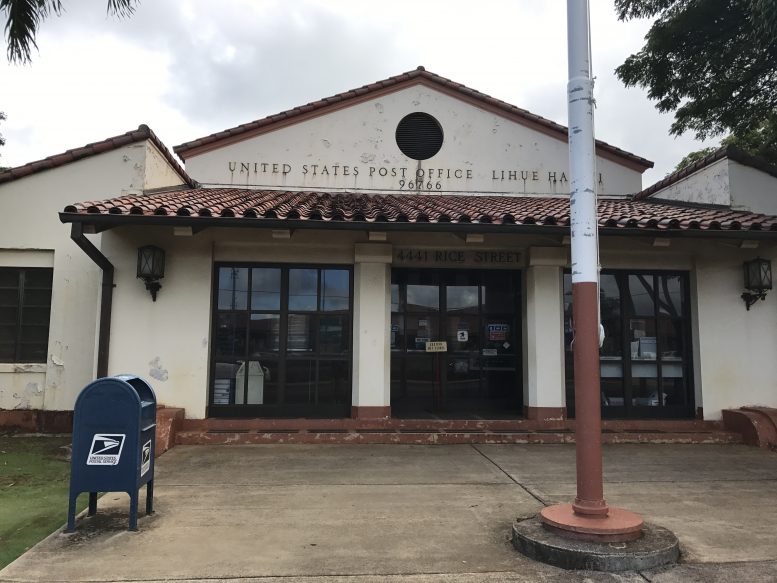 The Garden Island: The historic Rice Street post office in Lihue, Hawaii, will be closing its doors. The U.S. Postal Service made the announcement Friday, after it spent nearly a year considering the decision. They did not give a date of the closure.

“It’s a shame, but I can see why they’re doing it, especially with the parking,” said Karen Pavao, of Kalaheo, who stopped by the post office on Friday afternoon to drop off some mail. “It’s convenient right here, especially coming from Kalaheo. It’ll be a change for everyone having to go out to the airport.”

It’s that limited parking that has Carol Jameson, Lihue, in support of the move.

“I’ve been thinking they should open up some space at the airport for a while and wondering why they haven’t,” she said. “It’ll make it a lot easier in that way (for parking), but it is sad. I hope they do something with the building, it’s historic.”

Pavao said she’d like to see the building re-purposed as well, and if not, she thinks the space would be ideal for a park.

“They really should do something with the building, it’s been a part of this community for a long time,” she said. “People have been coming here for many years.”

Friday, USPS announced its decision to proceed with its proposal to relocate postal services from the Rice street location to the Carrier Annex near the Lihue Airport.

“This decision is final,” the release said.