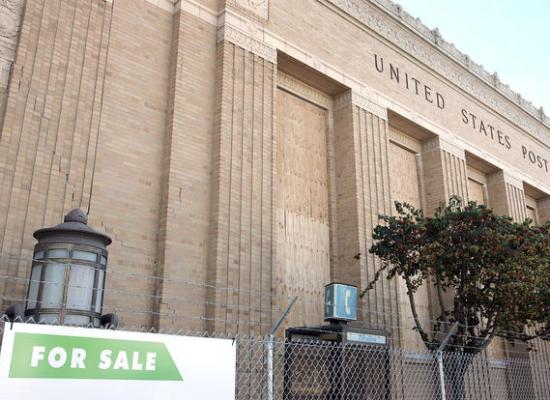 A potential buyer has been identified for the historic post office building in downtown Napa, California, but the sale is not yet complete and the bidder’s name has not been released.  The post office, which was built in 1933 in the Art Deco style, was badly damaged in the August 2014 earthquake and has remained closed since then.  In early July, the USPS proposed demolishing the structure because it would be cheaper than repairing it. After public outcry, the agency decided to try selling it to a buyer who can repair the structure and preserve its architectural integrity.  Read more.