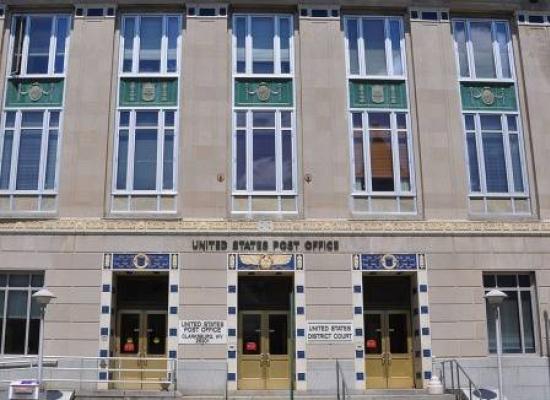 Despite the efforts of several elected officials in Congress and the recommendations of both the USPS Office of Inspector General and the Advisory Council on Historic Preservation,  the Postal Service continues to sell off its legacy of historic post offices.

This week the Postal Service announced plans to relocate retail services out of the historic Post Office and Federal Building in downtown Clarksburg, West Virginia.  The next step will be to dispose of the building.

According to an article in The Exponent Telegram, the Postal Service has told city officials that it plans to lease a smaller space for a new downtown post office, at a location yet to be determined.

As for the historic building, a USPS spokesperson told the city, “We don’t know how we’re going to dispose of the building,” but one possibility would be to turn it over to the GSA, which manages the courthouse presence in the building.

The Clarksburg Post Office and Federal Building was built in 1932.  It's one of the "pivotal structures" in the Clarksburg Historic District, which is on the National Register of Historic Places.

The NRHP nomination form describes the building this way:

A three story building that is an excellent represenative example of Neo-Classical style architecture in public buildings of this period, the U.S. Post Office was constructed in 1931-32, replacing the old Federal building (now the Municipal Building) as the post office. The triple­front entrance is decorated in the art-deco style, offering a splendid contrastto the more severe classical features of the upper floors (that includes a series of seven bronze spandrels with classical motifs on each elevation). The building is capped by a red tile roof.

The public will have 30 days to comment on the Postal Service’s relocation plans after a representative has given a presentation at a Sept. 17 meeting of the City Council.