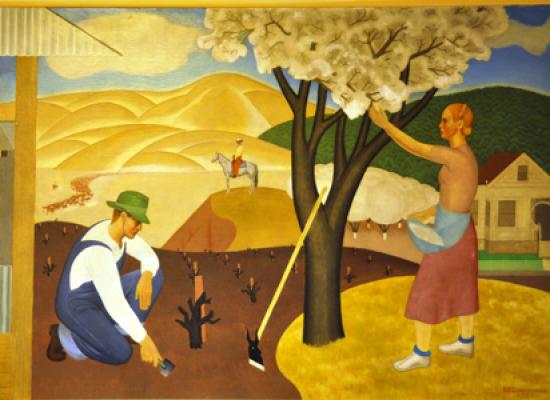 The Ukiah City Council has been trying to come to an agreement with the Postal Service that might allow a mural displayed in the former downtown post office to return to Ukiah.  The mural, “Resources of the Soil,” was painted in the 1930s, and was on display until January 2012, when the former post office on North Oak Street closed. After the building was sold to Steam Studio of Fort Bragg, the mural was removed and taken to Chicago for restoration.   Read more.