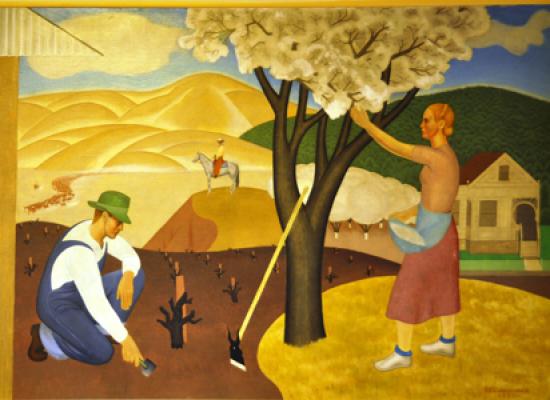 A large mural that hung in the lobby of the former Ukiah Post Office on North Oak Street has been restored and will hopefully be returning to Ukiah soon, according to the United States Postal Service. The mural, painted in 1936, was taken off its wall after the post office closed in January of 2012 and brought to Chicago, where it underwent a "thorough restoration" and is now in storage.   Read more.