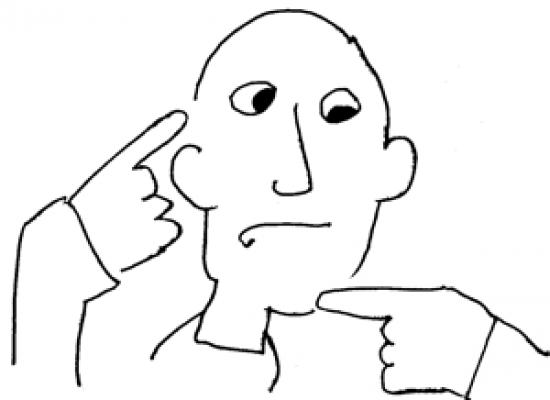 It takes a lot of imagination to destroy an institution as big and durable as the U. S. Postal Service, but the executives in L'Enfant Plaza keep coming up with bold new ideas for doing just that.

Today the Postal Service published its “Final Rule” on “amending its regulations to improve the administration of the Post Office closing and consolidation process.”  The new rules change the definition of ‘‘consolidation’’ and the policy on staffing post offices.  The result will be that thousands of small rural post offices — those offices where one person holds down the fort — will be run by an officer-in-charge on temporary assignment or a non-career PM-replacement with less expertise and training than a postmaster.  The goal, as usual, is cost-savings, and the result, as usual, will be to diminish the quality of service offered by the Postal Service and to send it deeper into its downward spiral.

In July, the Postal Service amended 39 CFR 241 "to improve the administration of the Post Office closing and consolidation process."  These changes permitted a closure study to be initiated at headquarters (“top down”) instead of in the field, streamlined the discontinuance process so that a post office can be closed in less than five months instead of about nine, and granted stations and branches the same closing procedure used for main post offices (the same rules about notifying the patrons, holding public meetings, and providing the right to appeal a closure).

When it made these changes, the Postal Service deferred a decision on two key passages .  These involved the meaning of “consolidation” and the question of whether or not a post office needs to be managed by a postmaster.  Today’s Final Rule addresses those two issues.

In the past, the term “consolidation” applied to changing the status of a post office from a main post office to a station or branch, as well as to changing the status of a USPS-operated facility into a “contract postal unit” (CPU).  The Final Rule issued today changes the definition of “consolidation” so that, starting December 1, 2011, the term will apply only to converting a USPS-operated retail facility into a contracted unit.

The National League of Postmasters and National Association of Postmasters of the U.S. (NAPUS) have argued that the new procedures “erase” the concept of “consolidation” from 39 USC § 404(d) by regulation, when such a change should require Congressional action.  The Postal Service claims it has the right to make the change on its own.  A second objection is that the redefinition would make it easier to close a post office that has lost its “main post office” status, but the Postal Service says that since, as of July, the closing process is the same for all facilities — post offices, stations, and branches — that concern is not relevant.  A third issue may be that the new policy makes it easier to turn a USPS-operated facility into a contract postal unit, but that’s not quite clear yet and it’s not addressed in the Final Rule.

It any case, it is not likely that the postmasters associations and communities who watch their post office turned into a station or branch are going to see it as a non-issue.  It’s the Postal Service, after all, that has spent the last several years arguing with the Postal Regulatory Commission (PRC) that stations and branches are secondary, subsidiary types of facility, not entitled to the statutory protections of a main post office.  Now the Postal Service wants to say it’s no big deal if it turns a post office into a station or branch because there’s essentially no difference.

Closing procedures are not the only issue.  There are rules governing post offices, for example, that don’t apply to a station or a branch, like hours of operation.  And there’s also the issue of community identity – having a main post office in your town is different from being a branch of some other town’s post office.

The new regulations are also somewhat ambiguous about what’s involved with “consolidating” a post office into a contracted postal facility staffed by non-USPS personnel.  The regulations seem to suggest that there’s a natural progression from main post office to branch or station to contractor-operator facility, as if the services they provide and the training required for managing them were basically the same.  By blurring the difference between a post office and a branch, the Postal Service may also be blurring the distinction between a facility owned and operated by the Postal Service and a contracted facility owned and operated by non-USPS personnel.  The same kind of elision is at work when the Postal Service says a community can replace its post office with a “village post office,” which is not a post office at all.

The second change in the regulations involves the staffing of post offices.  The postmasters associations believe that the law requires a main post office to be staffed by a postmaster.  They argue that the Postmaster Equity Act (2003) precludes changing 39 CFR 241.1 in a way that would permit a post office to be be managed by someone other than a postmasster. 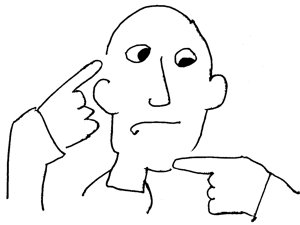 The details of the objections posed by the League and NAPUS are explained in the document they prepared back in the spring, when the Postal Service first proposed the change:  “In law, a post office is managed by a postmaster, plain and simple. The proposed regulations conflict with that law. The Senate Committee Report that accompanied the Postmaster Equity Act (Report 108-112) underscores the legal requirement that a post office is managed by a postmaster: ‘Postmasters are the manager-in-charge of the nation’s individual post offices.’  In addition, the report states that postmasters ‘are accountable for postal operations and services, including retail operations and community relations.’ The regulation does not and cannot confer these responsibilities on ‘another type of postal employee.’”

The Postal Service, however, argues that the Postmaster Equity Act is not relevant to the issue of how post offices are staffed, and it offers its own interpretation of 39 U.S.C. 1004(i)(3).  This clause defines a “postmaster” as “an individual who is the manager in charge of the operations of a post office, with or without the assistance of subordinate managers or supervisors.”

The new policy basically allows a post office to be managed by anyone the Postal Service likes.  The official postmaster, the person nominally in charge of the post office, might be working out of an office ten, twenty, fifty, or a hundred miles away.  As the Postal Service explains in the Final Rule, “a postmaster would continue to manage operations at the Post Office, albeit possibly without personally operating or staffing it on a continuous basis.”  Or, as it says a little later, “A Post Office may be operated or staffed by a postmaster or by another type of postal employee at the direction of the postmaster, including when the postmaster is not physically present.”

The twisted logic of fewer postmasters

The postmasters associations will probably protest the changes to the PRC and perhaps go to court as well, and the PRC will weigh in somehow — in a direct response to the postmasters associations, in the Advisory Opinion on the Retail Access Optimization Initiative, or in its annual compliance report.  Hopefully the lawyers will be able to explain the circuitous reasoning of the Postal Service.  It’s really a masterpiece of twisted logic.  Just to recap, it goes something like this:

If all that is a little confusing, look at it this way.  With thousands of small rural post offices closing, you’re going to have travel a lot further to the post office, and when you get there, you’re going to stand in line a lot longer because more customers are using that post office.  And when it’s your turn at the window, you’re probably going to be served by a noncareer "casual" worker who doesn’t have the expertise, experience, training, and skills of a postmaster and who probably rarely sees the postmaster ostensibly in charge of managing the office.

It’s been clear for some time that the era of the brick-and-mortar post office was coming to an end.  It looks like the era of the village postmaster may end even sooner.  These new regulations may help the Postal Service save some money by not having to pay the salaries of postmasters.  But the Postal Service will get what it pays for, and the American public will be the ones to pay in the end.