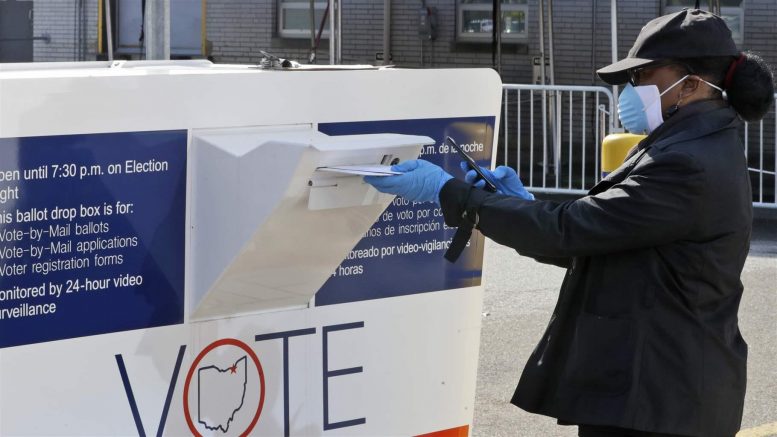 PEW: There is growing concern among election officials and experts that the increasingly partisan debate around voting by mail could sow doubt in the results of the presidential election.

For months, President Donald Trump has been one of the loudest opponents to vote by mail, which experts agree is a safe alternative to in-person voting during the novel coronavirus outbreak. There is little evidence it leads to voter fraud or benefits one party over another.

“Mail-in ballots are a very dangerous thing,” Trump told reporters last month, despite evidence to the contrary. “They’re subject to massive fraud.” Trump has voted by mail several times, including in Florida’s primary earlier this year.

By attacking mail-in voting with unsubstantiated claims, some officials and experts fear, the president’s outbursts could threaten the integrity of the general election by dissuading voters from participating and diminishing Americans’ trust in the legitimacy of the results.

His narrative has consequences, said Marian Schneider, president of the election security nonprofit Verified Voting. It could lead to some Americans doubting the outcome of the November election, she said.

Because of an expected surge in mail-in ballots, election officials will need more time to count ballots, which could delay the final results, she said. Add to that months of partisan attacks on the legitimacy of mail-in ballots and the country could be heading for trouble.

“The narrative that sows doubt in the election results is very destructive to our democracy as a whole,” Schneider said. “It undermines the democratic institution of voting.”

There is a troubling partisan pattern developing over this issue, said Richard L. Hasen, a professor of law and political science at the University of California, Irvine. Partisanship could complicate the work of state and local election officials preparing for November.

“When you add on top of these administrative challenges that we’re operating in a charged partisan environment,” he said, “I’m really worried.”  Read more.