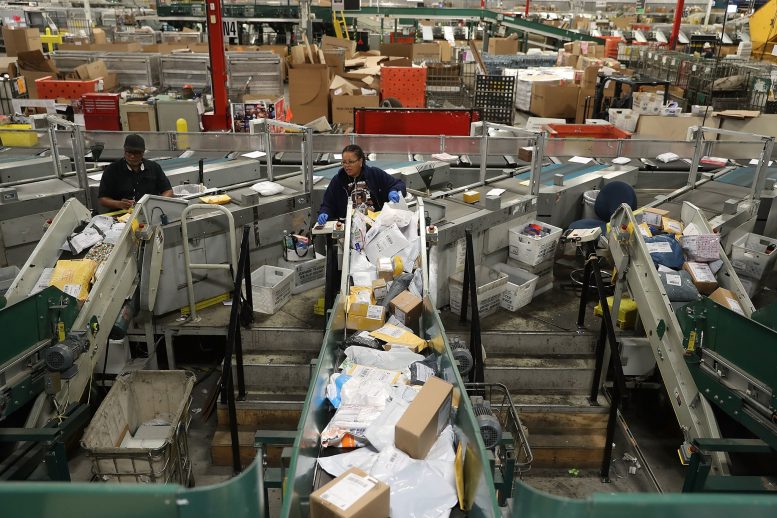 President Trump plans to withdraw from a 144-year-old postal treaty that has allowed Chinese companies to ship small packages to the United States at a steeply discounted rate, undercutting American competitors and flooding the market with cheap consumer goods.

The withdrawal is part of a concerted push by Mr. Trump to counter China’s dominance and punish it for what the administration says is a pattern of unfair trade practices. The move is expected to be announced on Wednesday, according to senior administration officials.

The Universal Postal Union treaty, first drafted in 1874, sets fees that national postal services charge to deliver mail and small parcels to countries around the world. Since 1969, poor and developing countries — including China — have been assessed lower rates than wealthier countries in Europe and North America.

While the lower rates were intended to foster development in Asia and Africa, Chinese companies now make up about 60 percent of packages shipped into the country, taking advantage of the lower rates to ship clothing, household gadgets and consumer electronics. Many websites now offer free shipping from China, in part because of the cheap postal rates, administration officials say.  Read more.

Note: The Times article states, “It is not clear how much the disparity costs American taxpayers and retailers, in part because the Postal Service does not release detailed country-by-country shipping breakdowns. A 2014 study, cited in a Postal Service analysis of the issue, estimated that discounted shipping cost industrialized nations as much as $2.1 billion a year in aggregate.”

That is not entirely accurate.  The “disparity” doesn’t cost American taxpayers a penny, since the Postal Service receives no tax dollars for its operations.  Also, while the Postal Service doesn’t release country-by-country breakdowns, it does share some data about international mail volumes and revenues.  As discussed in this previous post, “The UPU’s Extraordinary Congress: Much Ado about Terminal Dues” (Sept. 11, 2018), the U.S. Postal Service lost about $170 million in 2017 on inbound international mail — about $1 per piece, mostly small packets sent from China and other Asian countries.

Overall, however, inbound mail just about broke even in 2017, thanks to rates negotiated outside the UPU’s terminal dues system on millions of other small packets.  And if one also considers outbound mail, the Postal Service makes a profit on international mail.

If the U.S. proceeds to pull out of the UPU’s terminal dues treaty, other countries may raise their rates on delivering mail sent from the U.S.  While American merchants who compete with inbound international shipments may benefit, those who take advantage of lower costs for sending mail abroad may pay end up paying higher prices.