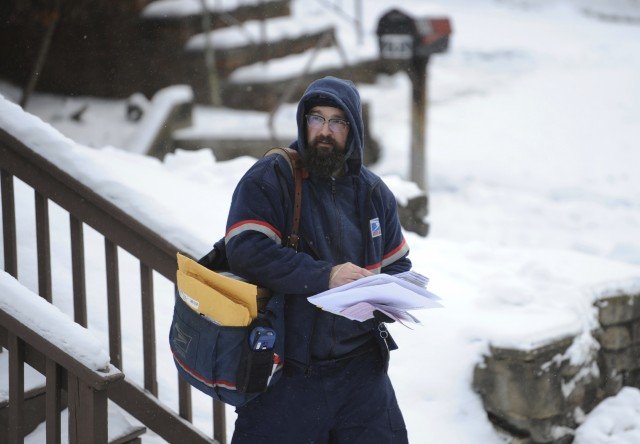 The American Prospect, by David Dayen: Some may be inclined to think that Donald Trump’s executive orderThursday night establishing a task force to recommend reforms for the U.S. Postal Service reflects another salvo in the president’s war against Amazon. Trump’s attack on Amazon, a clear byproduct of Amazon CEO Jeff Bezos’s ownership of The Washington Post, included the suggestion that the online retailer was “ripping off the post office” by securing a special deal for the USPS to ship packages the last mile. By reviewing the finances of the post office, Trump’s task force could demand increases to that shipping contract, possibly costing Amazon billions of dollars.

Whether Amazon actually is getting a special deal on shipping is open to intense debate. The company also happens to enjoy a discount on stamps, which they then mark up to their own marketplace sellers, a pure arbitrage deal to earn profits from a publicly issued product.

But these issues have almost nothing to do with the Trump executive order. The Amazon spat is a cover for the formal unveiling of a long-wished right-wing project to destroy the post office and have private industry take over its infrastructure, which taxpayers funded long ago. All the executive order really does is create a report; it would take a willing Congress to deliver the final hammer blow. But that report, with a government imprimatur, will become part of that right-wing wish list, living on for decades in think tanks and private shipping company boardrooms as a fervent dream.