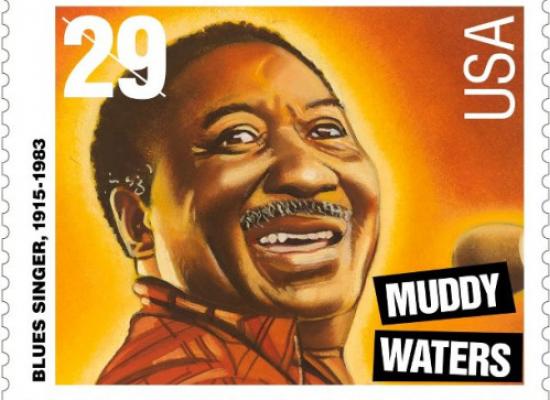 After the Court of Appeals issued its ruling on the case in June of this year, the Postal Service and the mailers filed comments with the PRC about how to interpret the decision.   The main issue was how to implement the court’s determination that the PRC had been wrong not to count one year’s losses in the following year — the so-called “count once” rule — when figuring out how much the Postal Service had lost due to the Recession and how much it could recoup with the exigent surcharge.

As discussed in this previous post, the commenters provided at least eight different scenarios for determining how much additional contribution the Postal Service should be allowed to collect.   While all the scenarios corrected the “count once” flaw in their own way, they also introduced other factors, resulting in widely divergent estimates for lost contribution and revenue.

The estimates for additional contribution ranged from as little as $60 million (the estimate by PostCom and a group of mailers associations) to as much as $8.66 billion (the Postal Service’s largest estimate).

In the end, the PRC decided that one of the Postal Service’s scenarios — the first scenario, with an estimate of $1.2 billion in lost contribution — was the most reasonable.  Its July 29th order on the rate increase therefore granted the Postal Service an additional $1.19 billion in contribution, which means the exigent surcharge of 4.3 percent will remain in effect until next April or so.

Now the Postal Service wants the surcharge to go on even longer, and it has asked the U.S. District Court of Appeals to hear an appeal on the PRC’s order.

Three scenarios for correcting the "count once" flaw

In its Initial Comments to the PRC, the Postal Service presented basically three scenarios to the PRC about correcting the “count once” flaw.  The first scenario was the simplest, and it did not introduce any other variables.  It showed the Postal Service was due another $1.2 billion in contribution.

In its Initial Comments, the Postal Service said this: “As stated, this $1.2 billion increase in the lost contribution estimate reflects nothing more than correction of the ‘count once’ flaw, holding all other assumptions and methodologies constant.”

In other words, the Postal Service did not mean to present this first scenario as acceptable.  Rather, it was using the scenario simply to show how the “count once” flaw should be corrected.  This did not preclude the Postal Service from arguing that other “assumptions and methodologies” needed to be reexamined, and that’s what the Postal Service proceeded to do in its Initial Comments.  It will make some version of these same arguments to the Court of Appeals.

The Postal Service will probably argue that its two other scenarios were more reasonable than the first.  Both of these scenarios are based on the premise that the PRC was wrong in the way it determined the date when the “new normal” was reached for each class of mail.

That’s crucial because the “count again” rule means that losses from one year carry over to the next year — until the “new normal” moment has arrived.  At that point, the exigent circumstances have ended, and the rationale for the exigent surcharge no longer exists.

In its June ruling, the Court of Appeals said that the Commission was “free to consider” the question of when the new normal arrived if it chose to do so.

The Postal Service interpreted the phrase “free to consider” to mean that the Commission should do exactly that.  In its reply comments, the Postal Service argued that by taking the “the unusual step of expressly singling out a particular issue to clarify,” the court was implicitly suggesting that the new normal dating should be revisited by the Commission on remand.

If the court were to agree with the Postal Service and if the PRC were ultimately to revise its estimates of lost contribution according to these dates, the exigent surcharge could be extended well beyond April 2016.  It would take about a year and eight months to recoup $3 billion, and about 4 years and nine months to bring in $8.66 billion.

The four-factor test for the New Normal

At issue in the case is how to interpret the Commission’s methodology for determining when the new normal arrived.  The Commission had previously adopted a four-factor test:

For the Great Recession, … the “new normal” point in time is when all or most of the following occur: (1) the disruption to a sufficient number of relevant macroeconomic indicators demonstrate a return to near historic positive trends; (2) application of the macroeconomic variables accurately project change, and the rate of change on Postal Service mail volumes is positive; (3) the Postal Service regains its ability to predict or project mail volumes following an extraordinary or exceptional event; and (4) the Postal Service demonstrates an ability to adjust operations to the lower volumes.

The Postal Service focuses its arguments on the fourth factor, its “ability to adjust” to lower volumes.  It says that adjusting operations to lower volumes takes a lot of time because of labor contracts and other factors.

In its order on remand in July, the Commission reviewed and analyzed these arguments concerning the new normal dating.  In the end, the Commission "declined to revisit" its previous “new normal” analysis and kept the cutoff dates as it had previously determined.

The Commission observed that while the Court of Appeals said that the Commission was “free to consider” the matter of the new normal dating on remand, the court also said that this four-factor test was “well reasoned.”

In the Commission’s view, the Postal Service’s arguments for using other dates gave inordinate importance to the “ability to adjust” factor.  From the Commission’s perspective, this was just one of four factors, and as it stated in the order, the new normal occurred when “all or most” of these factors occurred.

(For more about the issues concerning the new normal dating, see the Commission’s July 29th order, pages 16 – 28.   This section of the order probably gives a good preview of where the Postal Service is headed in its latest appeal to the court.)

Parties have 30 days to file an appeal of an agency ruling, and the PRC order was dated July 29th, so the thirtieth day was August 28th, the day the USPS filed its appeal.  The deadline has now passed for appealing the PRC’s order.

This means that the mailers themselves are not appealing the Commission’s order granting the Postal Service $1.2 billion more in contribution.  They will probably file as intervenors, however, so they can argue against the appeal.

But with billions of dollars in additional revenue at stake, what has the Postal Service got to lose?   Just a few dollars more in legal costs — and the good will of some customers (like PostCom and the Alliance of NonProfit Mailers), who are already complaining about the appeal.