On Monday two post offices in Illinois, Alorton and Cahokia, were closed by emergency suspension because mold was discovered in the building.  Now a third Illinois facility has been hit.  On Tuesday the Dupo post office was also closed after an inspection discover mold in the heating and cooling system.

It’s not clear at this time if the mold is spreading, and if so, how.  Dupo and Cahokia are near East St. Louis, and they’re just a few miles apart; Alorton is 180 miles away in central Illinois.  Maybe the hot, humid weather is causing the problems.

Customers are angry that the post offices closed without warning and they now have to travel to other post offices to get their mail.  For some of them, it means a long trek to East St. Louis on public transportation. 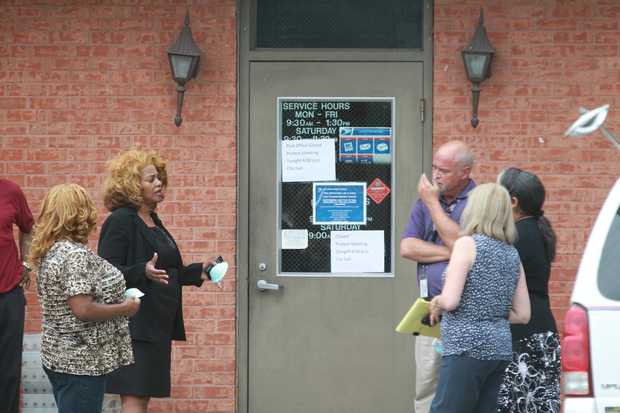 Alorton Mayor JoAnn Reed is doubly disturbed.  As mayor, she’s concerned that citizens won’t be able to get their mail.

"Alorton is one of the poorest communities in the state of Illinois,” Reed told the Belleville News-Democrat.  “The folks here don't have a way or the means to go to East St. Louis or Fairview Heights … to get their mail."

Mayor Alorton is upset for another reason.  The Village of Alorton owns the building where the post office is located, so she’s basically the Postal Service’s landlord.

"They are our tenants. We were not told anything about this. If there were problems, you have to make your requests known. We were given no opportunity to comply with any maintenance concerns.”

The mayor thinks that the Postal Service wants to close the post office, and this was an easy way to accomplish that.  “I think they did it this way because they want to avoid a fight with the citizens,” said Reed. “But it won't be avoided here."

A spokesperson for the Postal Service said that after a safety air quality inspection was done at the Alorton and Cahokia facility, "an independent contractor who tests for us found out there are unnecessary molds at those stations.”

The phrasing is a helpful reminder that some molds are “necessary,” like those used to make cheese, bread, and beer.  (For more on that, see Microbiology and Technology of Fermented Foods.  For more on the history of the Cahokia area, check out the Mounds, and for  a musical interlude, try this oldie but goodie.)