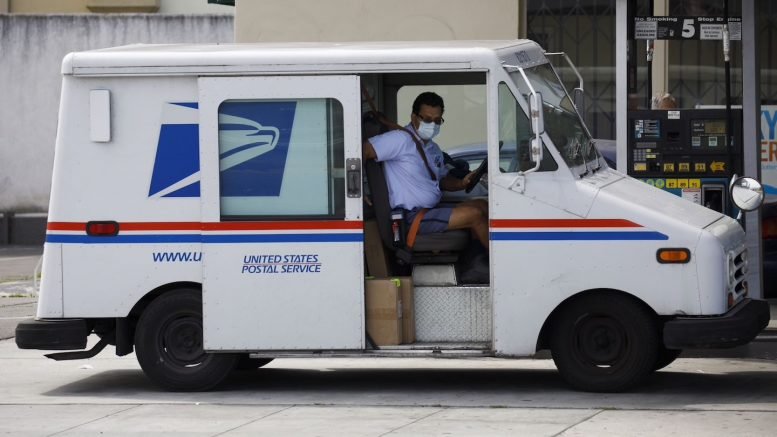 By Richard R. John, professor history at Columbia University and the author of “Spreading the News: The American Postal System from Franklin to Morse

Washington Post: To combat the coronavirus, Congress has seemingly tried to bail out everyone: Millions of individuals, airlines, restaurants, retail businesses and even golf courses are among the beneficiaries of the government’s largesse.

But so far, one struggling institution has come up empty: the Postal Service. On Friday, President Trump threatened to block a loan to the Postal Service, calling it “a joke” and demanding that postal administrators raise the price of packages by “approximately four times,” before tweeting later that he would “never let our Post Office fail.”

Trump’s intransigence is a startling departure from precedent. From the 1850s until the 1960s, Congress routinely covered whatever deficits the Postal Service incurred — no matter how large — and with little controversy, partisanship or debate. Why? Because the Postal Service was a public service, whose rationale was civic rather than commercial. As a New York journalist put it in 1854: The Postal Service’s “benefit to mankind” far outweighed the “pecuniary consideration” of any financial shortfall. In 1958, a federal law made this even clearer: The Postal Service was “clearly not a business enterprise conducted for profit.”

To justify his threat, Trump claimed the Postal Service has been “mismanaged for years, especially since the advent of the internet and modern-day technology,” which renders it less worthy of support than an ordinary business. This is a profound misunderstanding of the Postal Service’s DNA.

The Founders intended the Postal Service to be a pillar of the republic, helping to bind together millions of Americans, urban and rural, for the common good. It therefore has always had congressional oversight that limits what management can do to make a profit. Rather than being mismanaged, the Postal Service is — and has long been — one of America’s great successes. Instead of privatizing it, we should take inspiration from the Founders and re-envision its mission for the 21st century.  Read more.