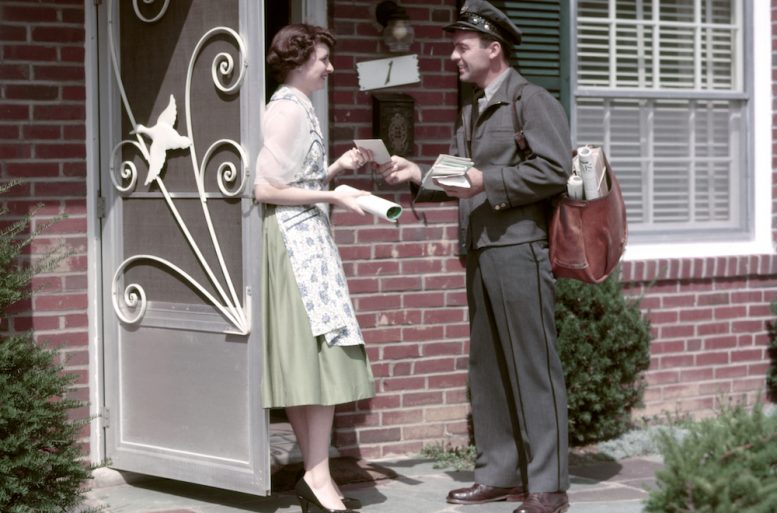 Many Republicans from rural districts used to reject privatization. We should be wary of their shift toward it now.

By Christopher W. Shaw, author of Money, Power, and the People: The American Struggle to Make Banking Democratic, and Preserving the People’s Post Office

The American Conservative: “The Postal Service problem is one of the most perplexing ones we have,” President Gerald R. Ford stated in 1976.

While he approved of the taxpayer-supported Post Office Department’s recent conversion into the self-funding United States Postal Service, Ford did not think it would be wise to go still further and embrace the privatization of mail delivery. Businesses would only enter those “markets where the Postal Service makes money,” he explained, and universal service would be at risk without revenues from these profitable markets to subsidize mail delivery in rural areas.

The potential problems Ford outlined, however, pale next to the freefall in mail volume—and consequently revenues—that the COVID-19 economic shutdown has created. After more than 200 years, the Postal Service’s continued existence as the provider of universal service is uncertain, with the postmaster general warning that an infusion of government cash is necessary to keep the system functioning.

For some on the right—notably libertarians—the current crisis presents a long awaited opportunity to finally privatize the postal system. “Congress should privatize the USPS to give it the flexibility it needs to deal with all the new challenges,” opines Chris Edwards of the Cato Institute. But many constitutional conservatives like Representative Glenn Grothman (R-Wis.) stress that the Founding Fathers explicitly empowered Congress “to establish post offices and post roads.”

The conservative justification for maintaining the Postal Service does not register with former Representative Darrell Issa (R-Calif.), who once served as chairman of the committee that oversees its operations. He has insisted that the Constitution provides no obstacle to privatization. “We no longer establish post roads,” Issa argues, “and there is no Constitutional mandate to have a post office.” In fact, he claims that under the Constitution, “we have the ability to eliminate the Post Office, spin it off as a completely private entity.”

The Trump administration may be heading in this direction. President Donald Trump has an ongoing feud with Amazon founder Jeff Bezos that includes clashing over the Postal Service’s deal to deliver packages for the online behemoth. According to numerous reports, Trump has impeded congressional efforts to provide the Postal Service with the federal financial aid that would allow it to weather our current public health emergency. This stand will likely encourage some Republican members of Congress to remain on the sidelines and watch as the Postal Service descends into crisis.

Mark Meadows, Trump’s newly appointed chief of staff, appears to have changed his position on the Postal Service. In 2018, he still represented a largely rural North Carolina district in the House of Representatives, and pushed back against the Trump administration when it promoted privatization, arguing for the need to maintain “accessible and affordable mail service.”

More recently, however, a congressional vote on legislation designed to improve the Postal Service’s fiscal condition revealed that Meadows has moved away from his previous support for the agency. The Postal Service is financially burdened by a mandate to pre-fund its retiree’s healthcare benefits decades in advance—a requirement that does not apply to any other branch of government (or private corporation). This directive had placed the Postal Service in a precarious financial position even before the economy was shut down due to COVID-19, so this February the House overwhelmingly passed legislation that repeals the pre-funding requirement in a 309-106 vote. Meadows notably numbered among those Republicans who voted against the measure, and the Senate has failed to act on the legislation.

For decades, a sizable contingent of congressional Republicans who represent rural states and districts could be depended on to reject postal reforms that threatened their constituents’ mail delivery. Back in 1967, Senator Frank Carlson (R-Kans.) acknowledged the deep affection his constituents felt for the nation’s postal system. “There’s such a feeling of warmth between the local postmaster and the people,” he observed. When Trent Lott (R-Miss.) served in the House in the late 1970s, he stressed that “the Postal Service goes into rural areas and provides a lot of services that the people probably would not [otherwise] receive.”

The noted Chicago School economist Milton Friedman reached the same economic conclusion, stating that “local delivery subsidizes mail for remote areas.” Yet the political backing rural Republican members of Congress have long provided the Postal Service may be weakening. Although the Pew Research Center reports that rural Americans are 12 percent less likely to have broadband internet than those living in cities, Mississippi’s Republican delegation in the House turned its back on the position Lott once insisted upon when they all voted against eliminating the pre-funding requirement this past February.

A precarious Postal Service has national security implications. Although too rarely acknowledged, as a core component of our nation’s infrastructure, the Postal Service plays an important national security role. Its extensive network of processing centers and post offices give its employees the unique ability to rapidly deliver physical items to every address in the country. The Department of Homeland Security and the Department of Health and Human Services have developed plans that can harness this capability in the event of a catastrophic biological incident. When a vaccine for COVID-19 becomes available, it may arrive at Americans’ doors via postal letter carriers accompanied by law enforcement or military personnel. Many postal workers themselves have prior military service, with veterans constituting nearly 15 percent of the agency’s workforce.

Republican support for maintaining the Postal Service as a government service rests on fundamental conservative principles. Rural Americans have a deep bond with the nation’s postal system. It was the introduction of Rural Free Delivery, more than a century ago, that ended the often painful isolation of farm life, and the local post office remains the heart of thousands of small towns across the nation.

“Where we go to see each other is in the post office,” one Idaho resident explains. “That’s the gathering place. There isn’t a community center of any other sort in a lot of these towns.” Conservative thinkers from Edmund Burke forward have emphasized the human need for community, a reality that is becoming even more apparent as society employs physical separation to reduce the spread of coronavirus. “The quest for community will not be denied,” sociologist Robert Nisbet observed, “for it springs from some of the powerful needs of human nature—needs for a clear sense of cultural purpose, membership, status, and continuity.”

In 2005, when the conservative leader Paul M. Weyrich contemplated the movement’s future priorities, he stressed the importance of community life, and specifically public spaces “where we do not control who we might meet.” Post offices provide such a space, and because the Postal Service is a government agency they operate in thousands of communities that private businesses would dismiss as unprofitable. Weyrich believed that “society withers” when citizens from all walks of life cease to cross paths on a regular basis. “If we are to be citizens of a republic,” he contended, “and not mere consumers in an administered state, we need to both have and want contact with our fellow-citizens.”

Traditional conservatism has long upheld rural life, and so has the Postal Service. Rural America is currently suffering: the President’s National Advisory Commission on Rural Poverty found that over 25 percent of rural residents are living in poverty. This is not the agrarian ideal that historians Allan C. Carlson and Victor Davis Hanson have evoked. A recent headline in the New York Times pointed to dire conditions in the countryside when it proclaimed: “Drug Crisis Ravages Rural America and Fills Its Jails.” By serving all corners of the United States equally, the Postal Service extends a lifeline to those rural communities that are struggling. As Main Street businesses have closed, the economic importance of local post offices has risen. Even as indicators of social wellbeing deteriorate in rural America, the principle of uniform postage rates continues to help local entrepreneurs compete with larger businesses and competitors that enjoy easier access to major transportation hubs.

Whether they are located in small towns or big cities, the Postal Service provides small business owners with an essential connection to clients, vendors, and potential customers. G. K. Chesterton believed that small-scale enterprises play an essential role in promoting democracy and protecting individual freedom. He thought it was “vital to create the experience of small property, the psychology of small property, the sort of man who is a small proprietor.” Small businesses generally rely more on physical mail and retail shipping options than their larger counterparts. Operating with slimmer profit margins and less bargaining power, small businesses depend on uniform postage rates and universal service to help level the playing field with their larger competitors.

The Postal Service manages to remain rooted in local communities while acting as a conduit to a broader national community. “For a nation to endure,” Patrick J. Buchanan observes, “its people must form a moral and a social community and share higher values than economic interests.” The postal system is a government service that does not exist to make a profit. Instead, the Postal Service has acted as a unifying force and a symbol of nationhood for over two centuries. “The Post Office Department,” writes historian Wayne E. Fuller, “stretching out its long arms and bringing the tidings of the national government into every hamlet and mountain fastness, could bind the nation, West to East, and South to North, in one perpetual union.” Privatization would privilege profits over nationhood, sacrificing national unity in order to channel increased earnings to a handful of businesses.

When Darrell Issa asserted that constitutionalism has nothing to do with the Postal Service’s status as an arm of government, he further dismissed this institution as a mere artifact of “tradition.” Such a perspective directly challenges the values of traditional conservatism. Russell Kirk located conservatism not in any particular set of policymaking preferences, but rather in a commitment to respect “a people’s historic continuity of experience.” The Postal Service stands as a national symbol of historical continuity. Over more than two centuries, generations of Americans have shared the experience of communicating with one another and conducting business through this essential network, enshrining the Postal Service as a prominent representative of our nation’s heritage. Despite wars, depressions, natural disasters, and now in our current crisis, “neither snow nor rain nor heat nor gloom of night stays these couriers from the swift completion of their appointed rounds,” delivering our daily mail.