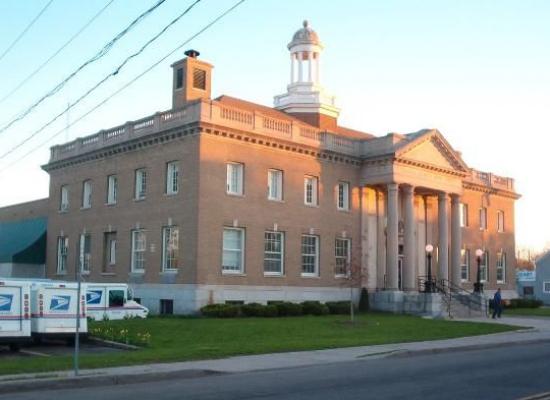 While it’s going to take a while to process all the data on what the Postal Service closure plan represents, it might be useful to focus on one state just to get a preliminary idea of what’s happening.  Let’s start with New York State.

New York has about 2,100 post offices, and there are 110 on the closing list, so approximately 5% of NY's post offices are on the closing list.  That’s considerably less than the national average of about 11% (3,600 out of 32,000).  That means many states are going to find themselves with a closure rate even greater than 11%.

The country’s post offices are approximately 85% main post offices, 15% stations.  Of those on the closing list in NYS, 65% are main post offices, and 45% are stations, so New York has an unusually large number of stations closing, mostly because there are several stations in Brooklyn and the Bronx on the list. About one-fourth of the country’s post offices are owned, and three-fourths are leased.  Of the 110 on the New York closing list, 15 are owned and 95 are leased, so a larger number than might be expected are leased spaces.

Of course, there are many historic post office buildings that may go on the market independently of the closure list.  The Postal Service often sells the building and then finds another location for the post office, so while the building is gone, the post office hasn’t officially closed.  It just moved, like the post office in Greenwich, Connecticut, which moved from a beautiful historic New Deal building to a pet supply store.

Looking at the 95 post offices leasing space in New York, about one third have leases that end in about a year or less, so closing them over the course of the next twelve months will not cost the Postal Service anything in rent obligations.  But the other two-thirds have leases that extend beyond a year from now (some as long as 2015 and even 2020).  That means walking away from a lot of leases and paying the rent on a lot of abandoned spaces.

We’re looking at something like 10 leases with a year to go after July 2012, 20 with two years to go, 20 with three years to go, and 10 with even more.  The average annual rent for New York post offices is about $30,000.  So we’re talking about roughly $4.5 million that the Postal Service would need to pay to lessors if by next July it has closed all 60 post offices with leases that run beyond July 2012.

Using that $4.5 million and extrapolating from New York’s 110 post offices to the 3,600 on the list, and we’re talking about $150 million.  Of course, not all 3,600 will close, and the rental averages are going to be much lower outside of New York.  So knock off a third of that, and we’re still talking about a cool $100 million, just to pay off the leases for post offices that will have already closed.

Or maybe the Postal Service will take its time and just close those post offices when the lease runs out.  Maybe.  In Fort Smith, Arkansas, the Postal Service closed a station with two years left on the lease—annual rent, $53,401.  There were other costs incurred by this closing, and in her comments on the appeals case, PRC Chairman Goldway noted that the Postal Service incurred a one-time cost of $273,000.  That, by the way, would have paid the rent on the little post office in Etna, New York (where the rent is $5000 a year) until the year 2065.  But the Etna post office may have already closed.

Data source: Most of the data cited above comes from the USPS website, leased facilities here, owned here.