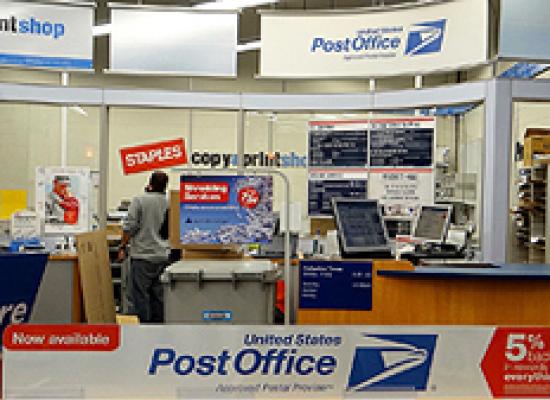 In letters to Staples management, Mario Cilento, president of the New York State AFL-CIO, and Lori J. Pelletier, executive secretary-treasurer of the Connecticut AFL-CIO, called the Staples retail postal units a disservice to postal workers, Staples customers, and the local economy. “Any postal service plan with Staples that would privatize middle-class jobs and replace them with low wage jobs…is simply unacceptable.”

While the Staples program is currently limited to four regional areas — Pittsburgh, Atlanta, Central Massachusetts, and California — it could be expanded to all of Staples 1,600 stores nationwide.