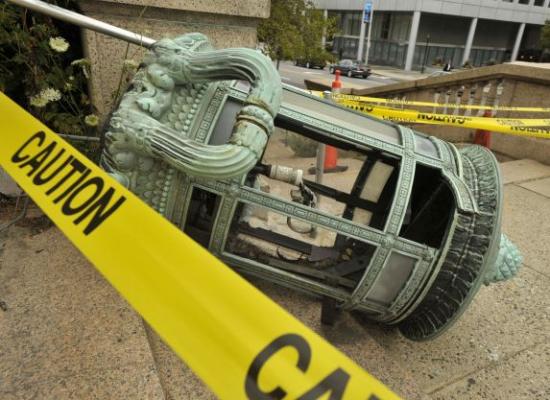 The Postal Service has removed two iconic lanterns that adorned the Atlantic Street Post Office in Stamford, Conn., after vandals damaged and pilfered parts off of one.  A USPS spokeswoman said the lanterns have been moved to an undisclosed location to discourage thieves from trying to track them down.

The damage to the historic building did not end with the lantern.  A brass guard rail has also been stolen.  The trouble began after the Postal Service closed the post office on September 20, on two-days' notice, for an emergency suspension because conditions in the building had become unsafe.  Read more.