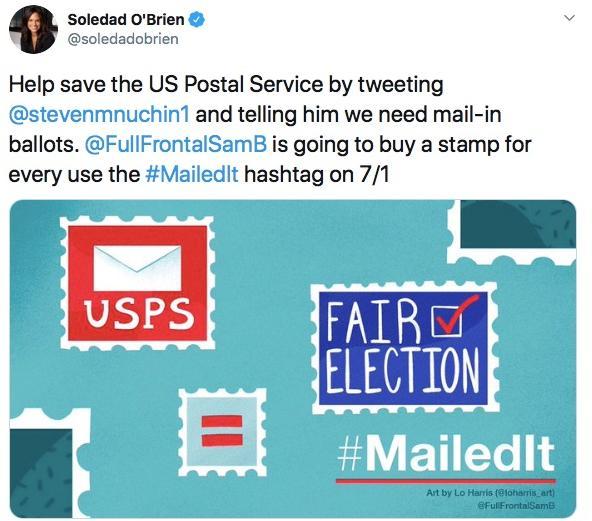 Key voices in culture including Stacey Abrams, Soledad O’Brien, April Reign, Phoebe Robinson, Jane Fonda, Gloria Steinem, Khloe Kardashian, Bette Midler, Jessica Pimentel, Tony Goldwyn, April Reign, Joy Behar  and more have already Tweeted Secretary of Treasury Steven Mnuchin (@stevenmnuchin1) and asked him to bail out the post office, which is in danger of closing in October if they don’t receive government funding. If this happens, this will severely affect the upcoming 2020 presidential election due to the impact it will have on the delivery of mail-in ballots.

For every Tweet sent, using the hashtag #MailedIt, Full Frontal will purchase a stamp in support of the USPS (up to 100K stamps) in hopes of saving the American institution from closing. We’d love for you to write a story or post to social.