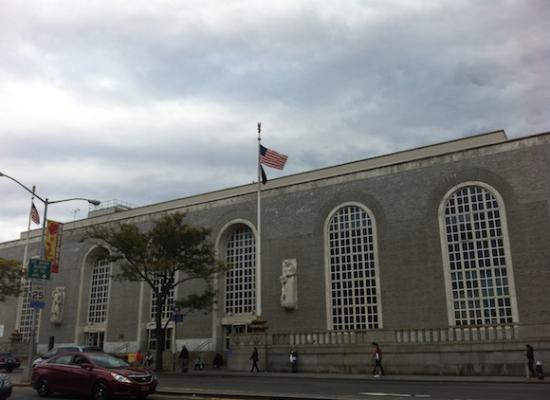 Max Burman, New York City Lens: The sale of the Bronx General Post Office has split local opinion as gentrification looms.  South Bronx residents have, it seems, been left feeling like mere bystanders in the process and it is this lack of involvement, and the sense of powerlessness that goes along with it, which seem to have driven local apprehension. But the project has its share of supporters too. Local activist John Howard-Algarin has urged policymakers and locals to embrace what he sees as an opportunity to provide “a gathering place for all New Yorkers at the Gateway of the Borough’s Capital District.”  Read more.