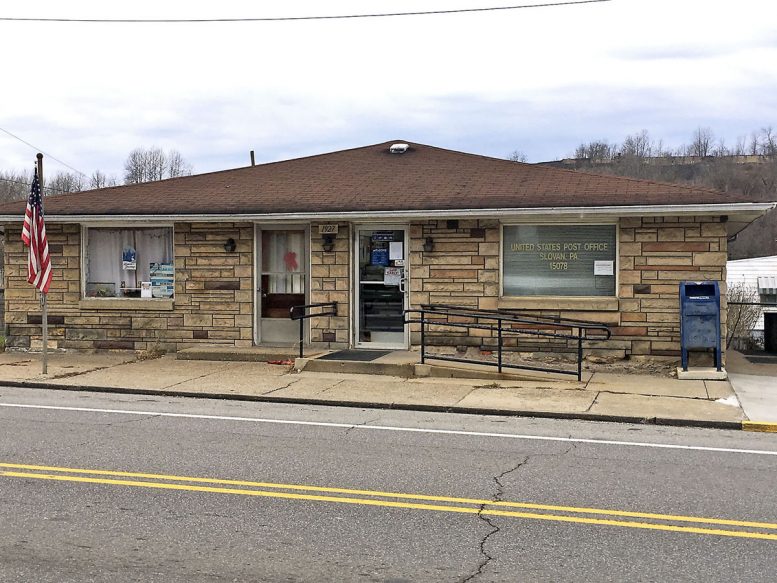 The U.S. Postal Service indefinitely closed the post office in Slovan, Penn., and is sending customers to Burgettstown in the meantime.

USPS spokesman Tad Kelley said the change will be in effect “while assessments are made to the condition of the building,” which is on Route 18 in Smith Township.

The Slovan office has more than 200 post office boxes, Kelley said. Customers, with proof of identification, can pick up their mail from the Burgettstown location, which is a little less than two miles away at 1602 Main St.  Read more.