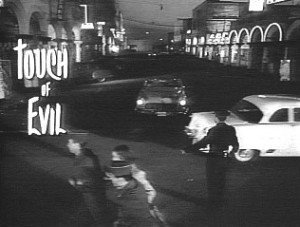 Venice Beach, California, is an idyllic, bohemian, beach-side community that was once home to The Doors, Jimmy Hendrix, Janice Joplin, and Beat generation poets Stuart Perkoff and John Haag.  Today it still embraces alternative lifestyles and artists and performers who don’t seem to fit in anywhere else.

The town's romantic archiecture, beaches, and piers have also attracted many filmmakers, and Venice has been the backdrop of several movies, like "They Shoot Horses Don't They?", "Heat," and "The Net."  The famous opening title sequence in Orson Welles' "Touch of Evil" was shot in Venice back in the fifties.

Also known as Venice of America, the city was founded in 1905 by tobacco millionaire Abbot Kinney, who re-created the Italian sister city’s architecture, canals, a lagoon with gondolas, the whole bit.  After its annexation by the city of Los Angeles in 1925, Venice saw many of its historical buildings, canals, and lagoon destroyed.  What survived is now considered to be the number one tourist destination in Southern California.

In the center of town majestically sits the Post Office, a 1939 Works Projects Administration building.  It houses the 1941 “Story of Venice” mural by Edward Biberman, a renowned California painter.  The beautiful, well-preserved mural depicts Abbot Kinney and his vision of Venice, as well as the oil wells and the destruction that followed annexation.

Truly the heart of the community, as all roads lead to it much like all arteries lead to the heart, the priceless post office building is now going to be sold.  Citizens and local organizations voiced their objections to the U.S. Postal Service (USPS), but they were ignored. Venice residents and community associations then filed an official appeal with the Postal Regulatory Commission (PRC) asking for a hearing, but the PRC granted the USPS motion to dismiss the appeal.

At issue with the PRC was the USPS claim that the closing of the Venice post office was essentially a “relocation,” because services will be moved to what is currently the USPS Annex, located 400 feet away.  The appeal argued that the closing of the Venice post office should be considered a formal discontinuance, entitled to a full closure process, including a hearing before the PRC.  The Chairman of the PRC, Ruth Goldway, is a Venice resident, so she chose to recuse herself from the vote because the case involved her own neighborhood.  The other three members of the PRC unanimously voted in favor of USPS’s decision to dismiss the appeal.

The plan now is to combine postal retail services with the mail sorting activities currently taking place in the Annex, and to sell the historic post office building.

Community input to the USPS has centered on selling the Annex instead, which could fetch three times more money than the beautiful post office building.  Venice mail sorting operations could easily fit into the basement of the current post office, and sorting operations for all other neighborhoods could move to other, less expensive locations.

It seems as if the effort to privatize the Postal Service by selling off post offices is spearheaded not just by the owners of private shipping organizations, but by USPS higher-ups as well.  Even the Public Representative of the USPS supported the dismissal of the appeal, even though the community is overwhelmingly united and outspoken against such action.

Aside from implementing cuts and closures that can only diminish revenue, the USPS has been intentionally suppressing revenue at the Venice branch.  For example, on January 22, when the price of stamps increased from 44 to 45 cents, the Venice post office did not have one cent stamps for sale.  It consistently has had only a limited selection of stamps, which is a major deterrent to stamp collectors and picky customers. 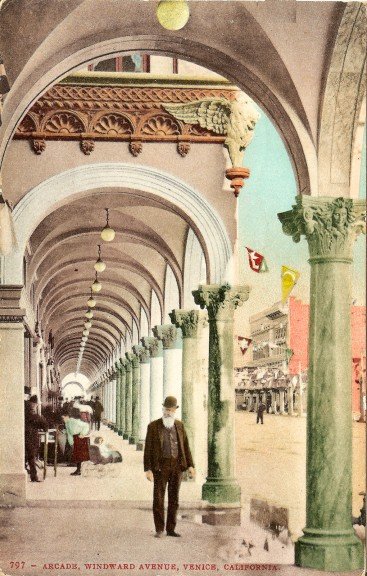 Furthermore, for the past two years only two of the five windows have been open for customer service regardless of the length of the line or the waiting time.  The USPS’s own provision to provide service in less than 20 minutes has been ignored on a daily, hourly basis.  Overworked clerks have to constantly deal with frustrated customers, which only contributes to their poor morale.

The retail facilities planned for the Annex consist of only two service windows, fewer parking spots for customers and employees, and significantly less mail sorting space in a facility that, according to current Venice postal employees, is already overcrowded.  In addition, the neighborhood surrounding the Annex is strictly residential, and the establishment of retail operations would have a negative environmental impact in a coastal zone that has not been addressed or considered.

Bill Maher, press spokesperson for the USPS, told Venice residents that the local post office has historical status, which proved to be untrue, as federal buildings are ineligible for such status.  Locals are now trying to place the building on the National List of Historical Buildings, which would not stop the USPS from selling it, but would prevent the buyer from tearing it down.  Public access to the building and the mural cannot be guaranteed, though, if the sale does proceed. 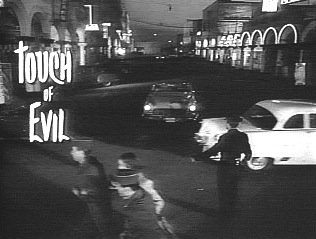 Los Angeles has a poor history of historical preservation.  The covenants attached to the sale of historic downtown hotels have easily been broken in recent years.  In addition, a Biberman mural removed from the downtown post office has disappeared and has not been found since.  In the mid 1980s Biberman himself embarked on a mission to find his displaced mural, to no avail.

The Venice community has been extremely outspoken and active in its efforts to save the post office. Two very successful rallies took place, attended by the likes of Bill Rosendahl, District Councilperson, and Debra Padilla, Executive Director of The Social and Public Art Resource Center (SPARC), alongside dozens of community members and activists.

A third rally is planned for February 18, 2 to 4 p.m., in front of the post office.  Thousands of petition signatures have been collected in the neighborhood and online at www.change.org (search Venice Post Office to sign).  For the latest updates or to just show that you "like" our efforts, please visit our Facebook page at www.facebook.com/savethevenicepostoffice.

Just like many other communities across the country, Venice is heart-broken to lose its post office.  Public outcry continues, the local paper covers the topic in its every edition (www.freevenice.org), and we are still collecting petition signatures.  Gibson, Dunn & Crutcher, the law firm that has been representing us pro bono thus far, is currently assessing the possibility of a legal challenge before deciding whether it will continue to represent us.

Let’s not allow one of our oldest government institutions — with its strong labor unions ensuring good wages for workers and a network of post offices that benefit the poor, disabled, rural residents — to be dismantled in ways that favor big, private business.  Contact your Congress representatives and urge them to support H.R.1351 and S.1853, which would ease the requirement that the USPS pre-fund the health benefits of employees for the next 75 years in a ten-year period and would refund $18 billion of overpayments (and that’s aside from $75 billion the USPS has overpaid into the Civil Service Retirement System).

The USPS is a self-sufficient federal business that private shipping companies want destroyed.  Let’s not allow our politicians to be bought out this time as well.