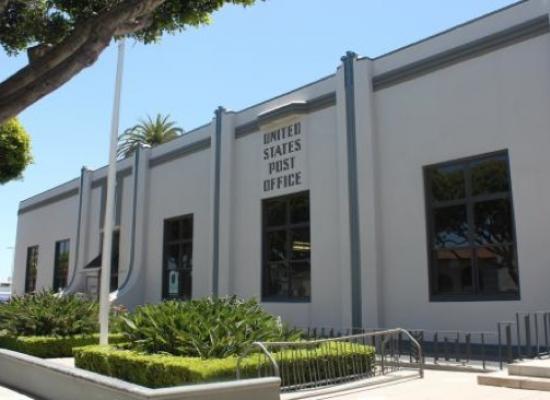 "Despite losing the battle to keep Santa Monica's 75-year-old post office open, officials and residents are working to make sure the New Deal-era building sticks around a little longer.

"City Hall, with the help of the Santa Monica Conservancy and the Landmarks Commission, is working closely with the U.S. Postal Service to make sure that when the Federal government sells off the multimillion dollar property in Downtown Santa Monica, the building won't undergo any dramatic changes….

"To offset the impact of the closure on residents, the USPS converted a sorting facility at Seventh Street and Olympic Boulevard into a full-service post office, much to the chagrin of some residents."  Read more.