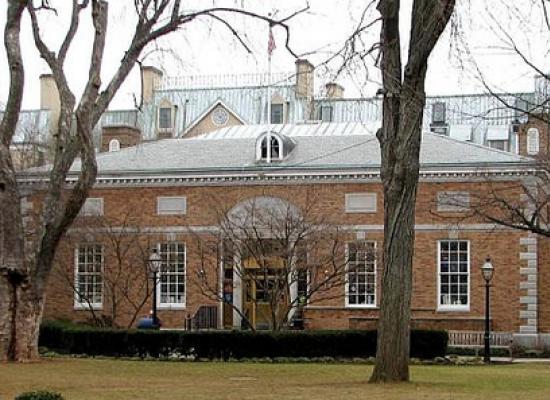 The sale of the historic Palmer Square post office in Princeton, New Jersey, is moving forward.

Earlier this week the Princeton Packet revealed that the post office would be relocating a few blocks away to a former West Coast Video building on Nassau Street.  The Postal Service will share the leased property with a 7-Eleven.  The move will take place once the sale is completed and the new location is made ready for business.

As we reported back in December 2013, the sale of the Palmer Square post office has been in the works for a long time, at least since 1997.

According to an article in Planet Princeton, the Postal Service completed a study and informed postal workers and elected officials of its plan to sell the building back in September 2011.  Letter carriers and other operations were moved to other locations back that same year.  A public meeting about the relocation was held in December 2011, but it didn’t mean much since a decision to sell the building had been made long before. 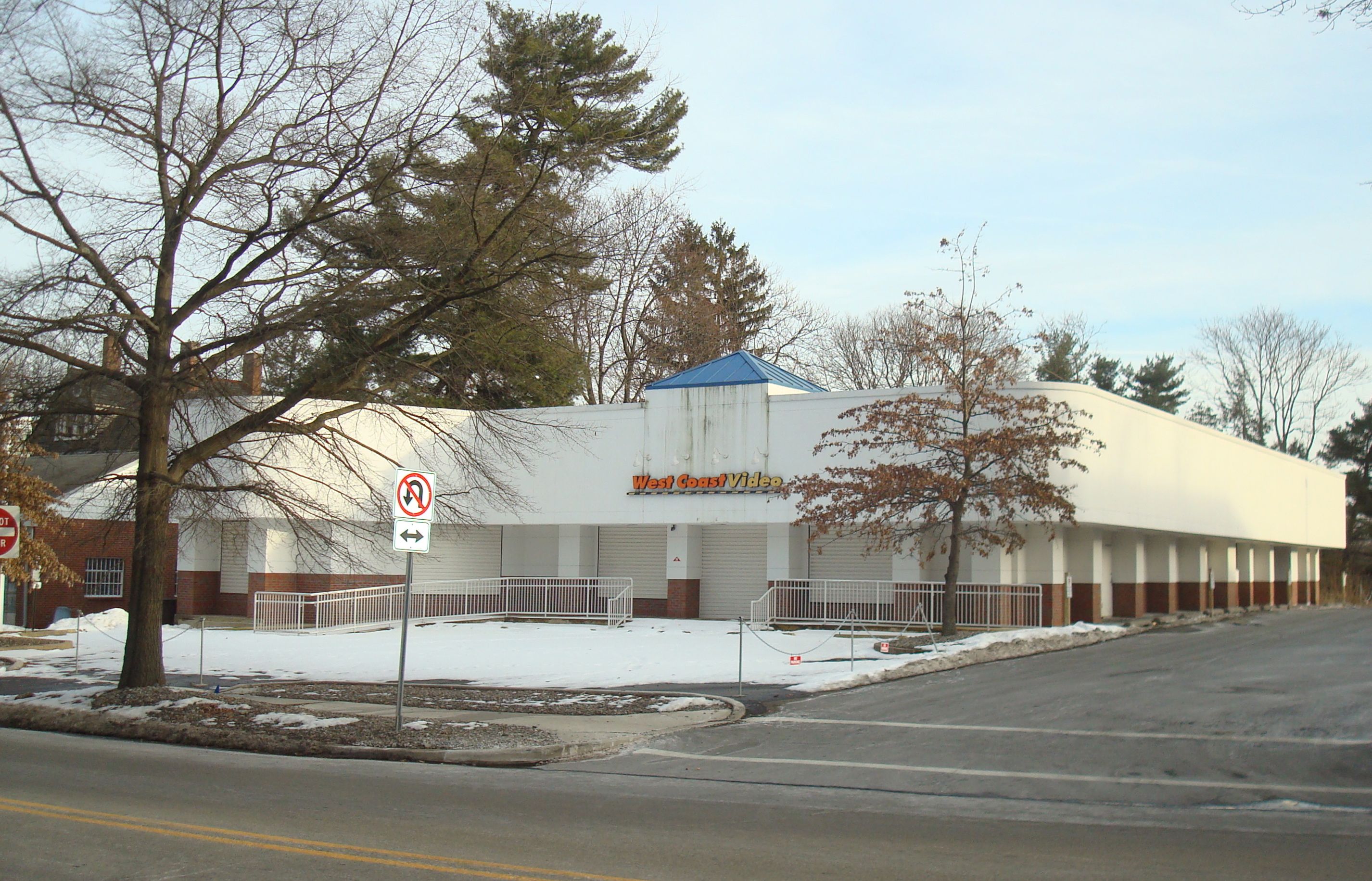 The sale was initially blocked by the Historic Preservation Office, a branch of the New Jersey Department of Environmental Protection.  According to an item in the Jersey Journal, the Preservation Office “believed the Postal Service had not taken adequate steps to ensure its history was preserved.”

That obstacle has apparently been overcome, and, as news reports revealed in December 2013, the building is being sold to a company called LCOR Ventures, based in Oakland, California.

When we reported on the story in 2013, we examined the connections between LCOR Ventures in Oakland and LCOR, Inc., a large real estate investment and development company based in Berwyn, Pennsylvania, an hour's drive from Princeton.  It was difficult disentangling the two companies.

According to zoominfo.com, LCOR Inc. was founded by Eric Eichler in 1992, and he continues to serve as Chairman.  In 2010, Mr. Eichler founded LCOR Ventures.

When an entity called LCOR Ventures registered to do business in California in July 2010, the registered address was 100 Berwyn Park, Berwyn, Pennsylvania, the home of LCOR Inc.

Bizapedia says that the principal address of LCOR Ventures Enterprises LLC is Berwyn Park, PA, and also notes, "This information is current as of September 18, 2013."

There's another angle to the LCOR story.  One news article about the sale mentioned that Princeton native Tyler Wood, son of former Princeton BMW President Denise Wood, is the vice president for acquisitions for LCOR Ventures.  He may very well have grown up going to the Palmer Square post office.  Before becoming a VP at LCOR Ventures, Mr. Wood worked for LCOR Inc. as a project manager in Manhattan.  On his LinkedIn page, if you click on the link for LCOR Ventures, it goes to LCOR Inc.

After posting these details in December 2013, we received a request for a correction from a representative of LCOR Inc.'s public relations team.   The email note read as follows:

"LCOR Inc. and LCOR Ventures are completely two separate companies. They are no longer in any way connected or under the same ownership. They have not been connected for quite some time. The Princeton Planet and The Princeton Tow Topics are correct in stating that the buyer is LCOR Ventures, a California-based development company, that is not connected with LCOR Inc."

At this point, it's not clear if Mr. Wood or LCOR Inc. in Berwyn had any role whatsoever in the sale of the post office. 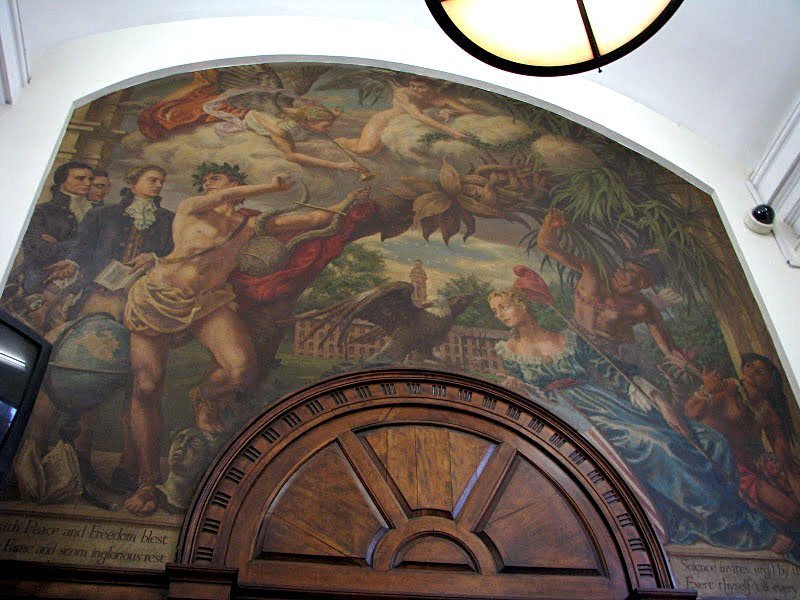 The Palmer Square post office was built in 1937 under the New Deal.  It contains a mural done in 1939 entitled "America Under the Palms" by Karl Free.  The mural has become controversial because of the way it depicts Native Americans cowering under the symbols of American expansion.

There's no word yet on what will happen to the mural once LCOR Ventures takes ownership of the building.  There's also no further information about what the company plans to do with the building.  Perhaps, like a few other historic post offices that have been sold recently, it will turn into a restuarant with a postal theme.