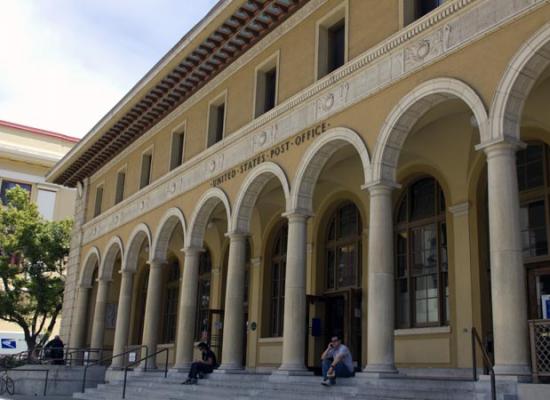 Gray Brechin, the project scientist of the Living New Deal based in the UC Berkeley Department of Geography, has an Op-Ed in The Daily Californian that's well worth reading.

Responding to the Postal Service's explanation that it doesn't need all the space in the Berkeley post office and it would be better to lease a smaller space, Brechin writes, "Disposing of a tax-exempt property one holds to lease space elsewhere doesn’t make long-range economic sense, but doing so doesn’t enter into the accounting of current Postal Service management. That the public paid for Berkeley’s post office also goes unmentioned in the service’s press releases. Indeed, the very notion of the public good represented by the ennobling architecture of the Downtown post office as well as the buildings at the center of the UC Berkeley campus has faded in tandem with the right of every American to have quality and tuition-free education along with a cheap and efficient postal service mandated by the Constitution."  Read more.