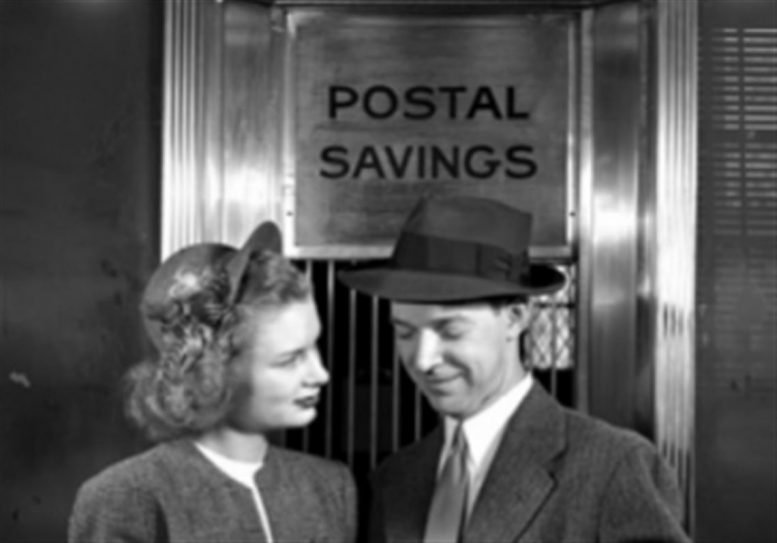 By Christopher W. Shaw, author of Preserving the People’s Post Office and Money, Power, and People: The American Struggle to Make Banking Democratic

Pittsburgh Post-Gazette: As millions of Americans shelter at home to reduce the spread of coronavirus, and the economy enters a sharp recession, postal workers have continued to make their daily rounds delivering our mail. But while the U.S. Postal Service survived the Civil War, two world wars and the Great Depression, the economic fallout of COVID-19 threatens its continued existence.

Yet even though the Postal Service requires emergency federal financial relief now due to declining mail volume, this crisis also presents an opportune moment to secure critical future revenues. It is time to restore the sorely needed banking services that post offices offered for much of the 20th century.

From 1911 to 1966, millions of Americans deposited billions of dollars in the Postal Savings System. Because banks focused on businesses and affluent customers, working people often lacked bank accounts. This widespread financial exclusion led these ordinary citizens to turn to Uncle Sam and demand savings accounts at the federal government’s extensive network of post offices. Once this service was established, any American could walk into a post office and open a savings account.

The forgotten history of the government’s savings bank is one that native Pittsburgher Richard Brean remembers well. Growing up in the 1950s and 1960s, he worked in the Hill District at his father’s drugstore, Jay Drug, at the corner of Centre Avenue and Roberts Street. Many customers saved their money at nearby post offices. “At that time,” Mr. Brean recalls, “the relationship between Pittsburgh’s banks and the Hill was one of malign neglect.” Banks had “redlined” the predominately African American Hill District, refusing to make loans on properties in the Third and Fifth Wards no matter how creditworthy an applicant was.\

“My father, who was white, was welcome to do Jay Drug’s banking at Potter Bank (a predecessor to today’s PNC),” Mr. Brean states, “but Potter, despite my father’s excellent credit record, refused to grant him a loan to construct a new storefront.” If his father had been black, he would have found it difficult to obtain any banking services. “All but a very few Pittsburgh banks shunned black customers,” Mr. Brean explains, “and even a passbook savings account would have been out of reach for most black Pittsburghers.”

Through the Postal Service, however, the federal government combatted this entrenched discrimination. Mr. Brean emphasizes that “black residents of the Hill had a nondiscriminatory alternative to the banks: the United States Postal Savings System.” Black and white, rich and poor, the Postal Service provided all Americans with inclusionary access to savings accounts and low-cost money orders.

“Postal money orders surged through the economy of the Hill,” Mr. Brean remembers, “and at Jay Drug they were a common means by which our customers paid for prescriptions.” There was a deeper meaning underlying these simple transactions. “Using postal savings and postal money orders was a symbol of black financial independence,” Mr. Brean observes, “rooted in the long and proud relationship between the African American community and the United States Post Office which, in an America where most employers’ doors were firmly shut to even the most qualified black applicants, was regarded by blacks as offering a meaningful chance for employment and at least some opportunity for advancement.”  Read more.