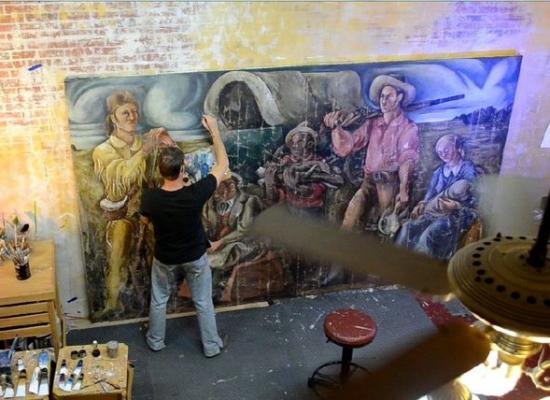 The depression-era mural, Emigrants at Nightfall by Loren Mozley, was removed from the walls of the post office in Alvin, Texas, back in 1966, and put into storage in the basement.  Many years later a postal employee contacted the Alvin Museum Society and asked if they would like to have it.  Now, decades later, the mural has been restored, and on September 26, there will be a celebration for the re-installation of the mural in the museum.  Mozley was a friend of renowned artists Diego Rivera, Frieda Kahlo, and Georgia O’Keefe.  Read more.