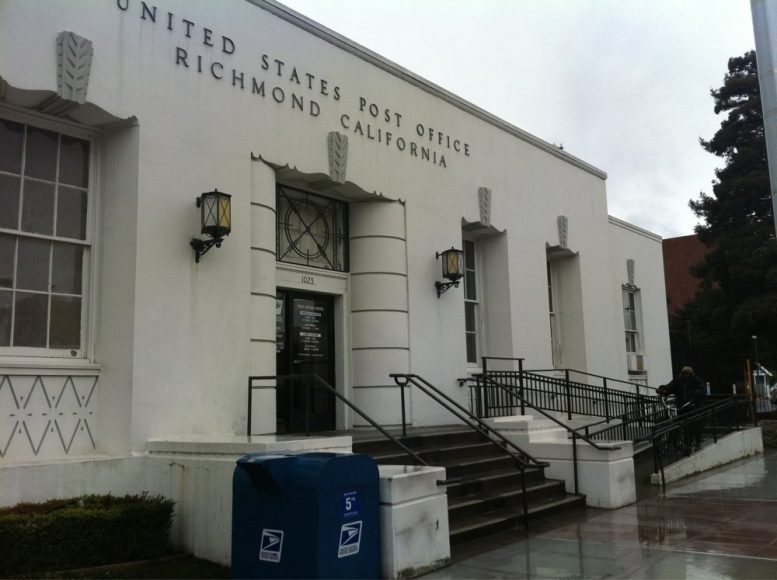 East Bay Times: Closing the main post office in Richmond, Calif., would strike a serious blow against the city’s neediest people as well as to a downtown business district on the brink of a boom, participants at a town hall meeting on Thursday agreed with virtual unanimity. It also would disconnect the city from an important piece of its architectural heritage and symbol of its Great Depression-, World War II- and Civil Rights-era history, they said.

At the meeting at the Nevin Community Center, speaker after speaker grappled with the logic of the U.S. Postal Service’s proposal to move retail counter and passport services as well as P.O. boxes from the current location at 1025 Nevin Ave. near Harbour Way to the McVittie Annex at 2100 Chanslor Ave., currently used for back office space and carrier activities.

The Art Deco-style main post office, built in 1938 under the New Deal, is near Richmond BART, the Macdonald Avenue business corridor, and a growing transit-oriented residential community also served by several AC Transit bus lines. The McVittie site, by contrast, is flanked by two dead-end streets, is not conveniently served by mass transit, and is cut off from downtown Richmond by the BART and Union Pacific railroad tracks, complicating pedestrian and bicycle access, speakers argued.  Read more.

For more about the Richmond post office, see these previous posts and check out the “Save the Richmond Post Office” page on RichmondMainStreet.org.