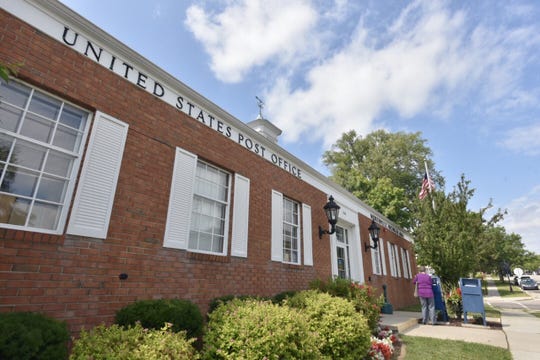 HometownLife.com: Thirty-year Northville, MI resident Mark Pastula has a suggestion for the United States Postal Service, which is planning to move from its central-city post office site due to “space constraints”.

“If they need more room, why not move up … add a second story to this building,” Pastula said, moments after he mailed a few packages at the current Wing Street site Tuesday afternoon. “For all intents and purposes, as I look around, I see a lot of two-story buildings around. I mean, how much more room do they need?”

Input like Pastula’s supposedly will help determine if Northville’s downtown post office will move in the near future, according to Elizabeth Najduch, the USPS’s Detroit District strategic communication specialist.

Following the government entity’s protocol, the USPS is requesting that Northville residents mail or email their opinions on the pending relocation of the post office prior to an Oct. 3 deadline — 30 days after the postal service presented its plans to the Northville City Council.  Read more.