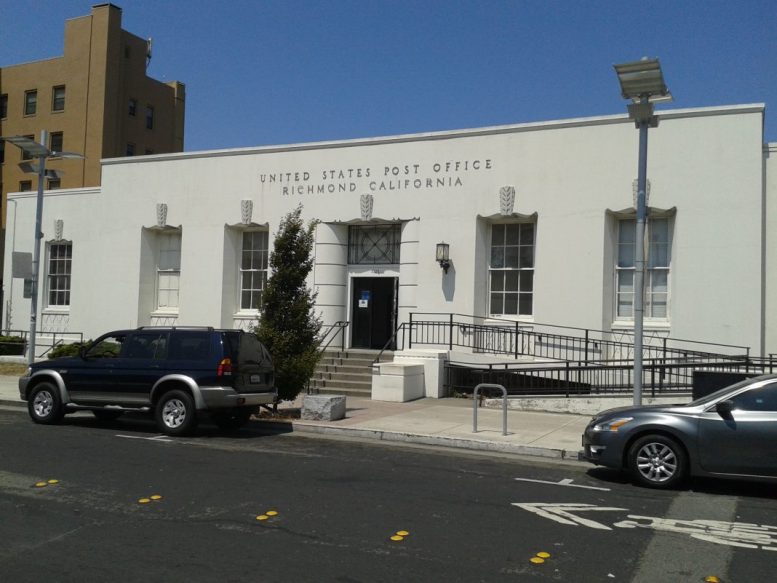 Richmond Standard: The U.S. Postal Service’s recent announcement that it will sell the historic Main Post Office building at 1025 Nevin Ave in Richmond, Calif. has not slowed Congressman Mark DeSaulnier’s attempt to rename the 1938-built structure after a former Richmond postmaster.

“Mark will continue to push for the passage of the renaming legislation in tandem with his efforts to save the post office building from being sold,” his office announced Thursday.

For several months, DeSaulnier has been legislatively working to rename the Nevin Avenue branch as the “Harold D. McCraw, Sr., Post Office Building.” The legislation, H.R. 606, just unanimously passed the Oversight and Government and Reform Committee.

The renaming effort, however, has been complicated by a letter last month from USPS Vice President of Facilities Tom Samra, who stated the Postal Service was moving forward with relocating its operations from 1025 Nevin Ave. to 2100 Chanslor Ave., known as the McVittie Detached Delivery Unit. USPS then plans to sell the building.

While Samra’s letter called USPS’ decision “final,” DeSaulnier, Richmond Mayor Tom Butt and others have vowed to continue the fight to keep the post office open, arguing that it is centrally located near transportation and integral to the downtown’s revitalization and character.  Read more.