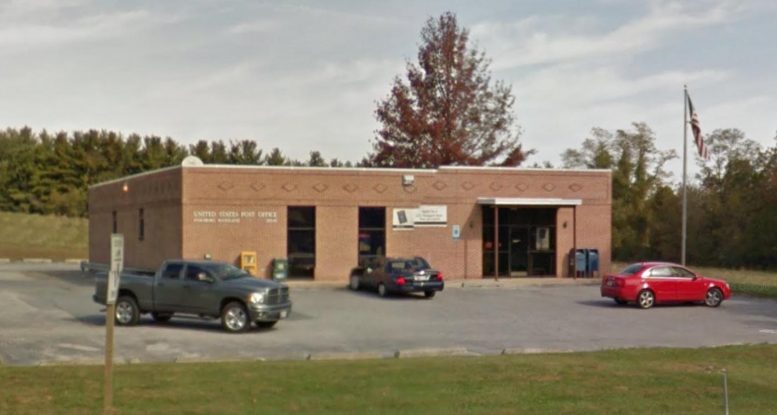 Carroll County Times: A public meeting is scheduled for later this month to discuss the future of  post office in Finksburg, Maryland.  The office, currently at 2999 Dede Road, is being considered for a relocation project, according to a news release from the Baltimore District of the U.S. Postal Service.

Customers in the Finksburg area will experience no changes to their mail delivery, addresses or P.O. boxes, the release said, and retail services will continue at the Dede Road site until the new location is ready.  After the meeting — planned for 6 p.m. on Tuesday, Aug. 30 at the Finksburg branch library, at 2265 Old Westminster Pike — a comment period will be open for area residents to submit their input to the Postal Service through Sept. 30, said Yvette Singh, communications coordinator for the Baltimore District.  Read more.  (Photo credit: Google Street Views)