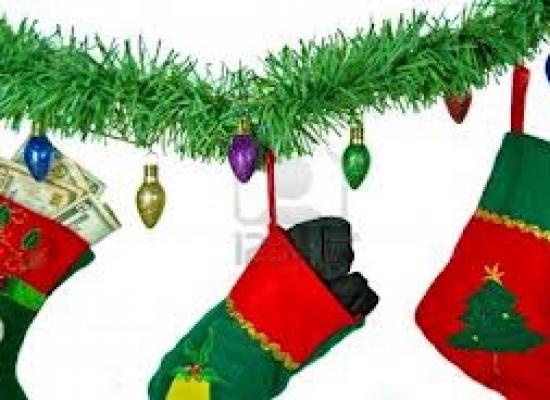 The Postal Regulatory Commission has approved the Postal Service’s request for an exigent rate increase of 4.3 percent, but only for about 18 months to two years, however long it takes to recoup $2.8 billion in lost profits.  In the short term, the increase will help deal with the low liquidity problem, but it will not fully address the long-term effects of the Great Recession.  (The ruling is here; the press release is here.)

The decision will come as something of mixed bag for both sides.  The Postal Service will be happy that it got the full 4.3 percent increase, and the mailers will be happy that it’s for less than two years.  Whether dissatisfaction with the results will lead either side to go to the U.S. Court of Appeals remains to be seen, but here's a New Year's prediction. The mailers will take the decision as a victory, and the Postal Service will take it to court.

The ruling was not unanimous.  There are currently only three Commissioners (the other two positions are awaiting Senate confirmation), and the vote went two-to-one, with Commissioner Robert Taub dissenting.  His opinion argues that the Commission has itself “failed to reasonably measure both the volume loss due to the Great Recession and the continuing financial harm to the Postal Service caused by that volume loss.”  Commissioner Taub thus disagrees with his colleagues’ decision to make the increase just temporary.  He would have made it permanent.

The Commission found several flaws with the Postal Service’s econometric analysis about how much volume and revenue were lost due to the recession as opposed to other causes like electronic diversion, so it came up with its own analysis.  The Commission estimates that 25.3 billion pieces were lost between 2008 and 2011 as a result of the Great Recession, which equates to $2.8 billion in 2014 contribution (profit).

The Postal Service, on the other hand, had estimated a total volume loss of 190 pieces for the five-year period, with a total contribution loss of $22 billion.  It sought a permanent rate increase that would have brought in $1.8 billion in annual contribution.  Looking ahead, say, ten years then, the Postal Service was asking for roughly $18 billion, and it got less than $3 billion.

The Commission’s estimates of lost volume were far, far less than what the Postal Service came up with, but they were still substantial enough to justify at least a temporary rate increase, particularly considering the agency’s dangerously low liquidity level.

As Mr. Thress pointed out, however, for the mailers to be right, the rate of diversion would need to have skyrocked, but changes in the technology of communication — smartphones, tablets, Facebook, Twitter, or whatever — cannot explain why this would have happened.  The Commission deals with that matter rather briefly, and in a manner that some observers will not find very persuasive.  The Commission says the following:

“The Postal Service has not made a compelling showing that all of the volumes losses due to the intervention variables and trends are due to the Great Recession.  Additionally, in framing his argument in this manner, Thress improperly attempts to shift the burden in this case.  It is not the Postal Service’s responsibility to show that other commenters’ estimates are implausibly large, rather, it must show its own estimates are accurate.”

In other words, it’s not up to the opponents of an increase to show why diversion would have been so large; it’s up to the Postal Service to show why the impacts of the recession were so big and diversion so small.

The Commission’s order is over 200 pages, so it will take a little time to work through all of the details. In the meantime, one can say this:  With this ruling by the PRC, it is probably a merrier Christmas for the mailers than it is for the Postal Service.  Not that the mailers aren't complaining.

Jerry Cerasale, the Direct Marketing Association's senior vice president of government affairs, had this to say in Ad Week: "Sadly, the Commission does not set a date for the phase-out.  The Commission says the USPS should recover the losses due to the Great Recession in less than two years, but will await quarterly volume and financial results from USPS to determine any phase-out date. That is a cop out.  Mailers have received a lump of coal for Christmas and will continue to receive more lumps for at least the next two Christmases.  DMA is concerned that the phase out will never come.  It was time for the PRC to stand up and it failed.  It is a sad day for mailers.”  Mr. Cerasale, by the way, spent twelve years working at the PRC in several advisory roles.

Mary G. Berner, president of the Association of Magazine Media (MPA), had this response: "This is a counterproductive decision.  It will drive more customers away from using the Postal Service and will have ripple effects through our economy — hurting consumers, forcing layoffs and impacting businesses."

Berner said her organization will consider appealing the decision to the U.S. Court of Appeals.  That probably won't happen, though.  The PRC's ruling is based on estimates of volume lost to the recession that are not all that much different from what the MPA's own witness came up with — around 12 billion pieces for 2008 and 2009.  That would have led to a smaller increase, maybe just two percent for two years, but it's in the same ballpark as what the PRC has granted, which is a fraction of what the Postal Service had requested.

Perhaps instead of complaining the mailers should acknowledge what a nice gift they have been given and say "thank you."